Survivorship in the wild

Different methods exist for estimating the life spans of killer whales. While some researchers believe they know conclusively how long killer whales live, the scientific community does not yet fully agree on this topic.

By counting growth layers in teeth, scientists find that killer whales in the North Atlantic may live to 35 years. Studies are still refining this method of aging.

The photo-identification of killer whales in the Pacific Northwest began in 1973 and provides one of the longest cetacean field studies ever.

With continued research, it is likely that differences in longevity will be found in killer whale populations around the world.

New research shows there is no difference in life expectancy between killer whales born at SeaWorld and a well-studied population of wild killer whales.

These data present evidence for similar life-history parameters of free-ranging and captive killer whale populations and the reproductive potential and survivorship patterns established herein have application for use in future research concerning the overall health of both populations. 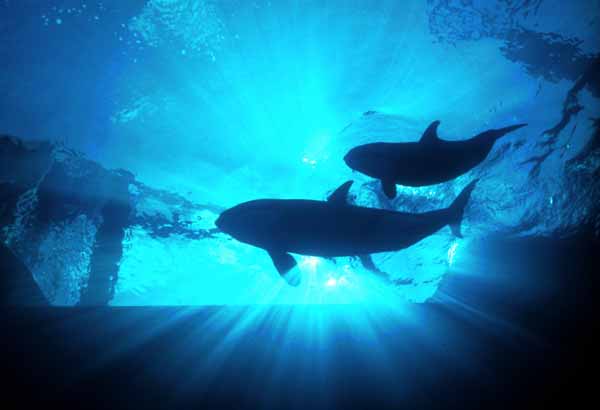 Data collected on life-history parameters of known-age animals from the northern (NR) and southern resident (SR) killer whales of the eastern North Pacific were compared with life-history traits of killer whales located at SeaWorld (SEA) facilities. Average calf survival rate to 2 years of age for SEA animals (0.966) was significantly greater than that for SR killer whale populations (0.799).

At SeaWorld parks, animal trainers routinely take a variety of measurements—including length, girth and fin height—of killer whales. For a whale born at SeaWorld, experts are able to relate these measurements to the known age of the whale. This information helps provide a baseline for growth studies on wild killer whales.

Hodgkin's disease has been seen in killer whales and stranded killer whales have shown severe atherosclerosis of the coronary arteries.

Recently described disease conditions include Salmonellosis in a neonatal stranded calf and West Nile Virus in an adult. Endogenous retroviruses have also been documented within the killer whale genome. The significance of these viruses on the health of killer whale populations is yet unknown. 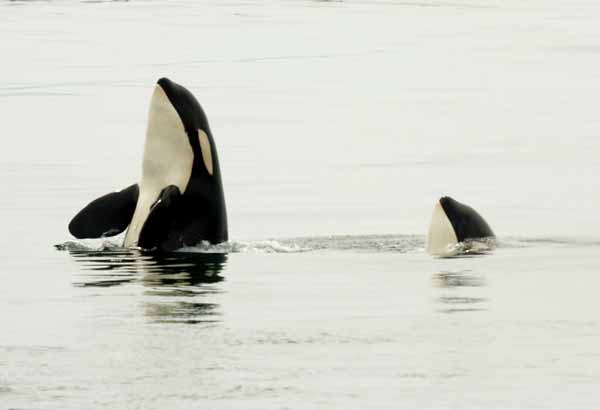 Parasites — including roundworms, tapeworms, and flukes — may affect a killer whale's health. In most cases, parasite infestations alone are unlikely to debilitate otherwise healthy animals, but they may harm animals that are already weakened by other illnesses or injuries.

Killer whales in New Zealand have evidence of small, non-fatal cookiecutter shark bites in their skin.

Killer whales are a top predator. Healthy adult killer whales have no natural predators of note.

A marine animal may strand if it is affected by a severe, debilitating illness or injury, or if it is too weak to swim or hunt for food.

Killer whales have stranded in Alaska due to rapidly receding tides. 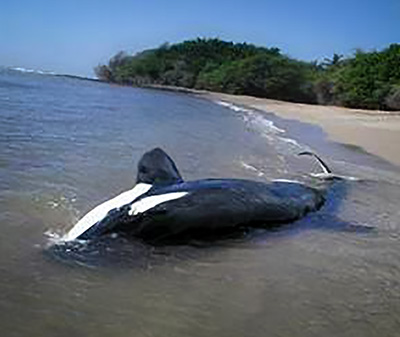 On rare occasions, killer whales strand, individually or in groups (called mass stranding). Mass strandings of whales and dolphins are natural phenomena that are largely unexplained. In many cases, the stranded animals are ill.

SeaWorld has helped in the rescue of many types of cetaceans, including killer whales. SeaWorld aided killer whales trapped in Barnes Lake, Alaska, and was part of the team that helped "Springer", an orphaned two-year-old found off Canada's northern Vancouver Island in 2002. SeaWorld assisted the Dolfinarium in Holland with veterinary care and husbandry for an orphaned and hearing-impaired rescued juvenile killer whale.

Multiple viewpoints of killer whales, past and present

Humans have observed killer whales for centuries. A killer whale image was found carved into a rock in northern Norway and is estimated to be some 9,000 years old, making it the earliest known depiction of a cetacean.

Some human cultures have long been fascinated by killer whales, but until recently their lives were shrouded in misinformation — in the past, this has led to the persecution of these whales. 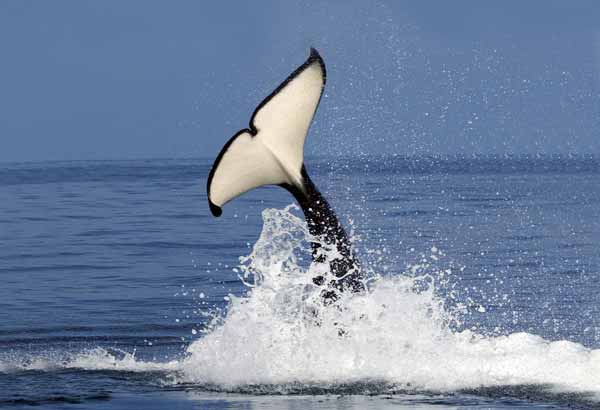 A few cultures respected killer whales, yet much of the ancient world did not. During the first century A.D., a Roman scholar named Pliny the Elder wrote that killer whales “cannot be properly depicted or described except as an “...enormous mass of flesh armed with savage teeth”.

In 1835, R. Hamilton wrote that the killer whale “...has the character of being exceedingly voracious and war like. It devours an immense number of fishes of all sizes...when pressed by hunger, it is said to throw itself on every thing it meets with...”.

Many in modern civilization still envisioned killer whales as terrifying threats to humans, with a 1973 United States Navy diving manual warning that killer whales “...will attack human beings at every opportunity”.

Before 1981, nearly 6,000 killer whales were taken by Japanese, Norwegian, and Soviet whalers, but they have never been consistently exploited on a large-scale basis. Killer whales have been hunted on a small scale for their meat, hides, blubber and internal organs, which are processed into fertilizer and used as bait.

In some areas, killer whales feed in connection with fishing operations, “stealing” fish from the fishermen. They eat fish from commercial longlines in New Zealand, Alaska and Brazil. In Brazil, observers reported that more than 50% of the daily swordfish catch may be eaten by killer whales, and that occasionally the whales eat the entire catch.

In the past, confrontations between humans and killer whales led angry fishermen to demand the destruction of these cetaceans. In 1958, the government of Japan sanctioned the use of 50-caliber guns to be used against killer whales. An average of 60 killer whales were caught annually off the waters of Japan, with the meat being sold in local markets while the blubber was boiled for its valuable oil. Sometimes their thick hides were made into soles of shoes.

Both natural toxins and human-made toxins can harm killer whales.

Chemicals that are used on land enter waterways through runoff and eventually end up in the oceans as pollution.

Some pollutants enter the ocean food chain and become concentrated in the bodies of killer whales and other marine predators. These toxins can bioaccumulate—bioaccumulation takes place within an organism when the rate of intake of a substance is greater than the rate of excretion or metabolic transformation of that substance. Toxins may become more concentrated as it travels up the food chain (biomagnification). Biomagnification is the increasing concentration of a substance, such as a toxic chemical, in the tissues of organisms at higher levels in a food chain.

A key reason that the endangered Southern Resident killer whale population has not recovered is likely due to declines in populations of their main prey, Chinook salmon (Oncorhynchus tshawytscha), from overfishing by humans and habitat destruction. Northern Residents have also recently experienced a higher mortality rate that is probably linked to a reduction in Chinook salmon availability. 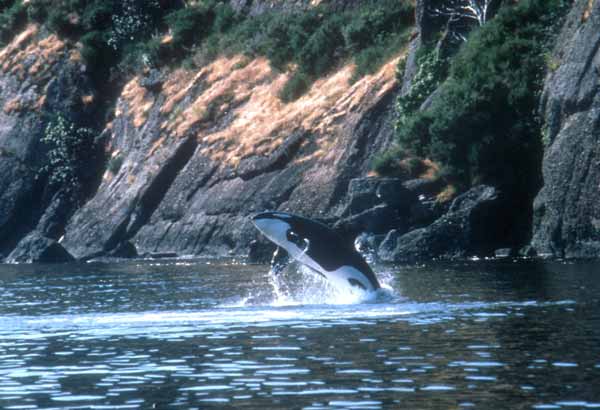