This class includes all birds. Birds have an outer covering of feathers, are endothermic (warm-blooded), have front limbs modified into wings, and lay eggs.

This order includes all living and extinct penguins.

Spheniscidae includes all penguins, living and extinct, and is the only family classification in the order Sphenisciformes.

Most scientists recognize 18 species of penguins

Scientists believe that penguins diverged from flying birds at least 60 to 65 million years ago during the Cretaceous Period. As the ancestors of penguins became adapted to an oceanic environment, structural changes for diving and swimming led to the loss of flying adaptations.

To date, the discovery of all penguin fossil fragments has been limited to the Southern Hemisphere. Records show that prehistoric penguins were found within the range of present-day penguins.

The extinct species of penguins began disappearing during the Miocene, about the same time that the number of prehistoric seals and small whales started increasing in the oceans. One hypothesis is that seals, whales, and penguins may have competed for the same food source. Another hypothesis is that penguins could have become prey for some of these other predators. Both factors may have contributed to their extinction.

Penguins share molecular and morphological characteristics with birds in the Order Procellariiformes (the albatrosses, shearwaters, and petrels), the Order Gaviiformes (loons and grebes), and frigatebirds (order Pelecaniformes). 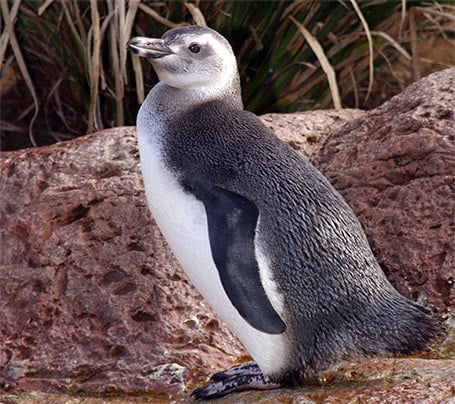 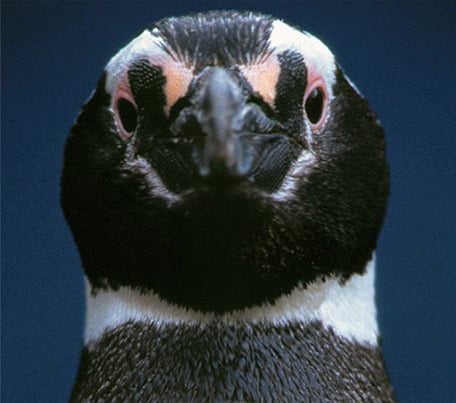 The first European explorers to see penguins probably were part of the Portuguese expedition of Bartholomeu Dias de Novaes in 1487-1488. They were the first to travel around what is now known as the Cape of Good Hope in southern Africa.

The first documentation of penguin sightings is credited to members of the Portuguese voyage of Vasco de Gama to India in 1497. They described penguins (African) they saw along the southern coasts of Africa.

The discovery of South America's Magellanic penguin was chronicled during the journey of Spanish explorer Ferdinand Magellan in 1520.

The origin of the word "penguin" has been a subject of debate. The theories of researchers and historians range from references to the amount of fat ("penguigo" in Spanish and "pinguis" in Latin) penguins possess to the claim that the word was derived from two Welsh words meaning "white head". The most agreed-upon explanation is that "penguin" was used as a name for the now-extinct great auk, which the modern-day penguin resembles and for which it was mistaken.