Dolphins are active predators and eat a wide variety of fishes, squids, and crustaceans such as shrimps. The foods available to a dolphin vary with its geographic location.

Adult bottlenose dolphins eat approximately 4% to 6% of their body weight in food per day. A nursing mother's daily intake is considerably higher — about 8%.

A dolphin's stomach is compartmentalized for rapid digestion.

Methods of Collecting and Eating Food

Feeding behavior is flexible and adapted to a dolphin's particular habitat and available food resources.

Hunting strategies are varied and diverse. 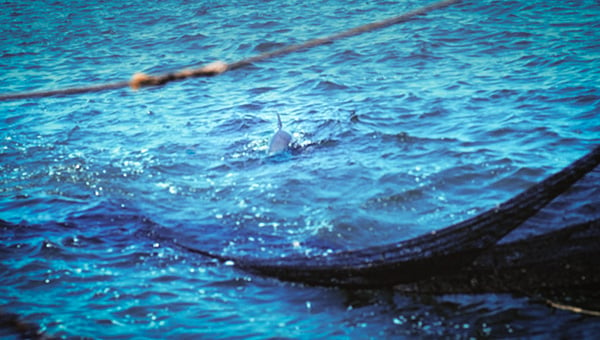 Dolphins do not chew their food. Before eating large fishes, bottlenose dolphins shake them or rub them on the ocean floor until suitable-size pieces break off. They also strip meat from spiny fishes, reducing the chance of injury from sharp spines.