The gorilla's gestation period is about 8.5 months.

It is difficult to tell if a female gorilla is pregnant since her stomach is large to begin with (for food digestion). However, some females have swollen knuckles temporarily during pregnancy.

Young are born throughout the year and usually at night.

Females usually give birth around every 4 years.

Usually a single infant is born with twins being rare.

There is a 40% mortality rate for newborns which means that an adult female usually only has 1 surviving offspring produced every 6 to 8 years. Therefore many females will only have 2 to 6 offspring in a lifetime. 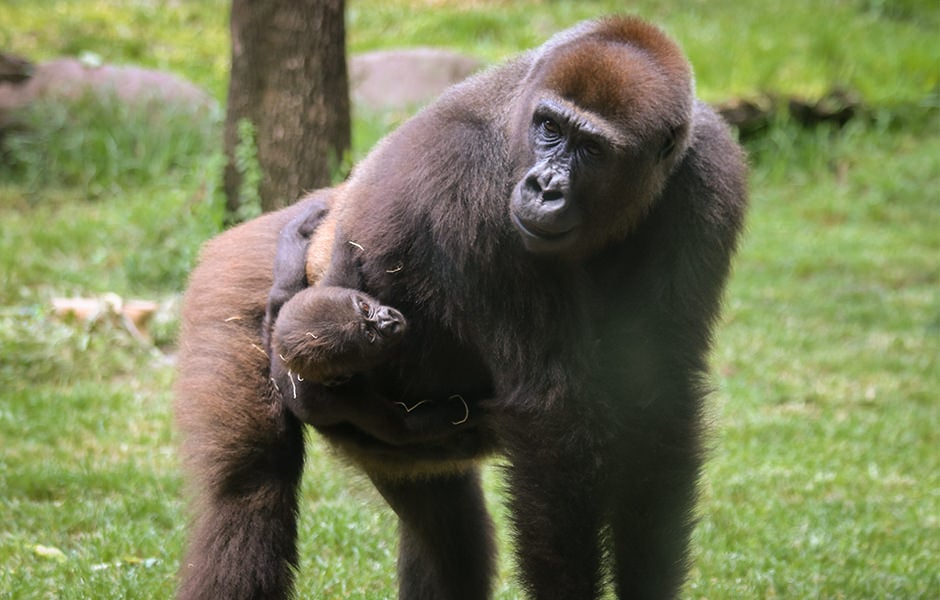 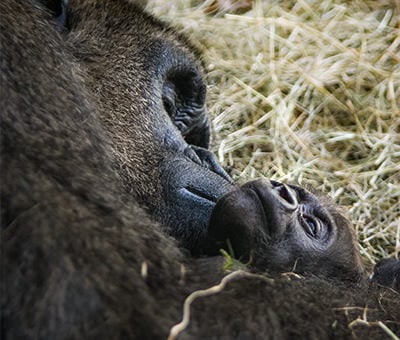 Newborns usually weigh about 2 kg (4.5 lbs.) with pale gray-pink skin that is sparsely covered with hair.

Infants are able to cling to their mothers with a very powerful grip from both their hands and feet. The female will initially assist the infant when it is holding on to her chest or stomach.

Young gorillas like to play with their siblings or other youngsters their age. They wrestle, tumble, climb trees, and even form a chain and walk in synchronization through the forest.

Infants are in almost constant contact with their mothers for the first 6 months and nurse for about 2.5 to 3 years.

Although the silverback is the troop's guardian and can be the most aggressive troop member it can also be patient and gentle with the young. A silverback has even been documented sharing his nest with an orphaned infant. 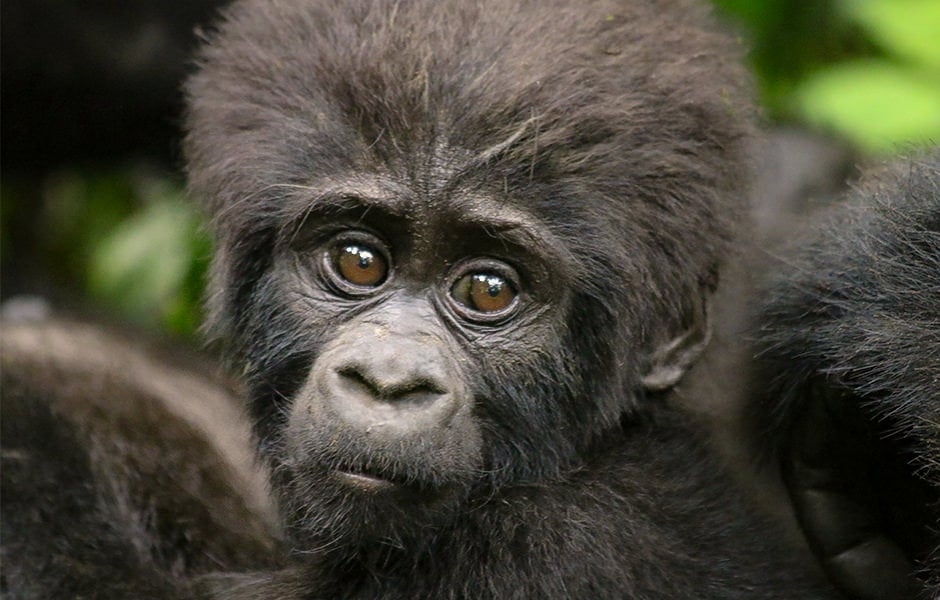 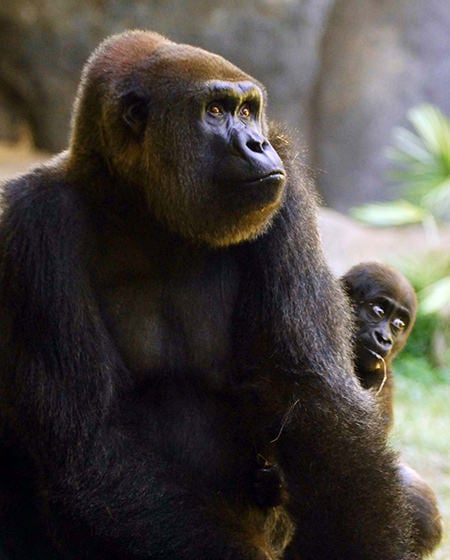 Gorilla infants grow and develop much quicker than human babies. They usually begin playing, smiling, and bouncing at 8 weeks. At about 9 weeks they begin crawling. Exploration of their environment and object manipulation begins around 3 months of age. They are able to stand at 20 weeks and at 34 weeks they are usually walking and traveling short distances from their mothers. Around 6 to 7 months of age, the infants are able to climb on their mothers' backs and ride.

Babies will begin eating some vegetation at around 2.5 months and make it the majority of their diet by 6 to 7 months.

Males and females look very similar during their juvenile (3-6) and adolescent (6-8) years. However, when males mature into their blackblack period, they are taller and begin developing adult male characteristics. The silvering of hair on the back begins at around 13 years of age.