Killer whales are among the fastest swimming marine mammals.

Killer whales are agile and maneuverable in the water.

When swimming near the surface, a killer whale usually stays below water for 30 seconds or less. 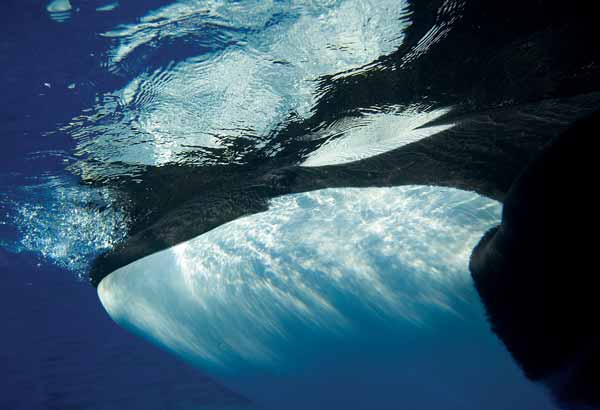 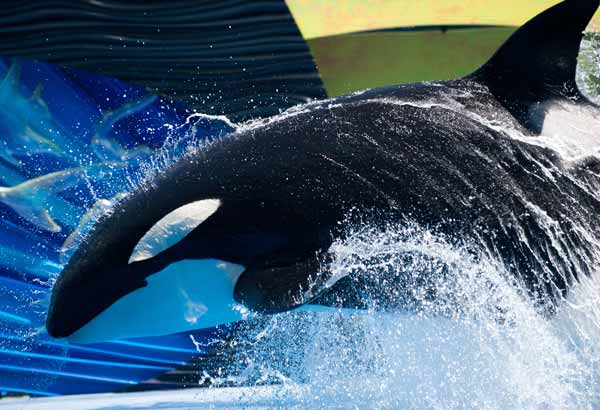 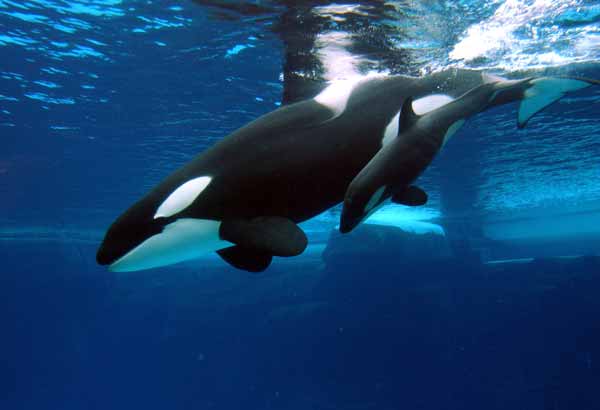 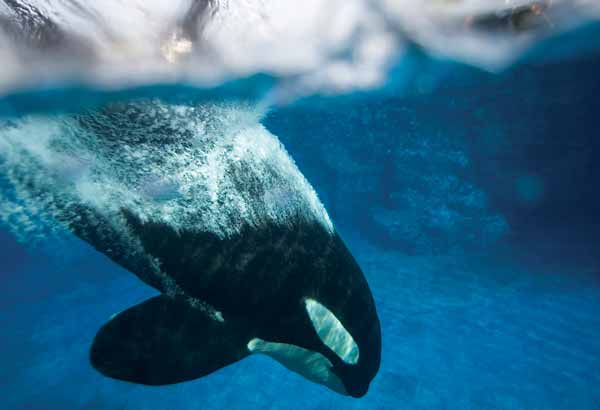 All marine mammals have physiological responses for diving. These responses enable a killer whale to conserve oxygen while under water.

Both humans and cetaceans can experience negative physiological impacts from diving. 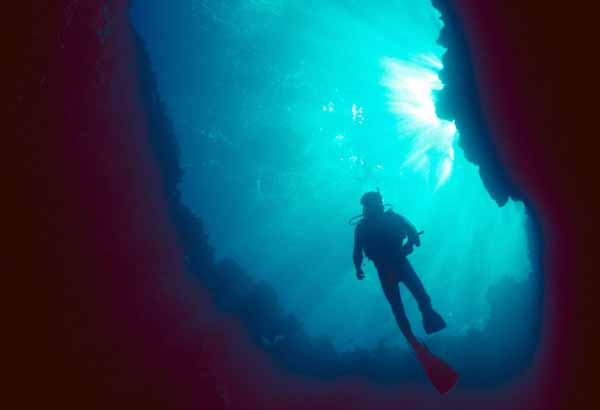 A killer whale breathes through a single blowhole on top of its head.

The visible spout of water that rises from a killer whale's blowhole is not coming from the lungs, which (like ours) do not tolerate water.

In comparison to a human, a killer whale can hold its breath longer and exchange more lung air with each breath.

The resting respiratory rate of killer whales at SeaWorld is about 3 to 7 breaths every 5 minutes. 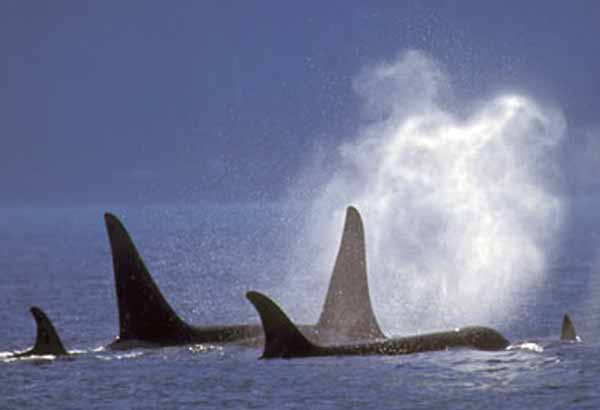 Like all mammals, killer whales are warm-blooded. A killer whale's core body temperature is about 36.4º to 38ºC (97.5º to 100.4ºF) — close to that of a human. Living in the sea poses a particular challenge to marine mammals, because water conducts heat about 25 times faster than same-temperature air.

Just under a killer whale's skin lies a thick layer of blubber, composed of fat cells and fibrous connective tissue. Blubber helps insulate a whale from heat loss. There is a heat gradient from the body core, through the blubber, to the skin.

Killer whales appear to have a metabolic rate equal to what would be expected for a land mammal of similar size. This indicates that killer whales may only eat half as much food as previous models have suggested.

Mammals lose body heat when they exhale. Because they breathe less frequently than land mammals, killer whales conserve a considerable amount of heat. 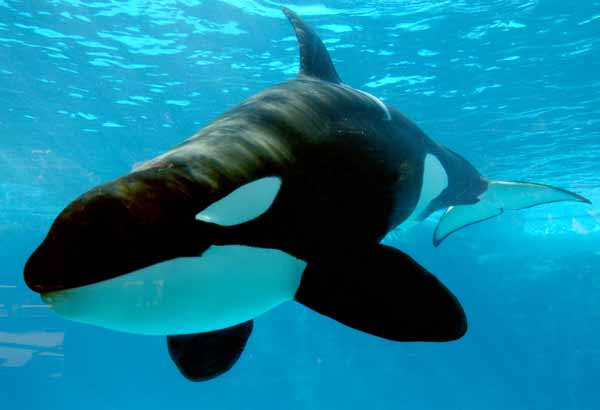 Several species of cetaceans, including the bottlenose dolphin and beluga whales, have been shown to engage in unihemispheric slow wave sleep (USWS) during which one half of the brain goes into a sleep state, while the other maintains visual and auditory awareness of the environment and allows the animal to resurface for respiration. This ability may help to avoid predators as well as maintain visual contact with cohorts/offspring. Dolphins have one eye closed during USWS.

Observers note that killer whales typically rest, motionless, at various times throughout the day and night for short periods of time or for as long as eight hours straight. While resting, killer whales may swim slowly or make a series of three to seven short dives of less than a minute before making a long dive for up to three minutes. Resident killer whales often rest in a group, lined up alongside each other.

When sleep researchers studied two newborn killer whale calves and their mothers at SeaWorld San Diego, they discovered that the mothers and calves didn't appear to sleep or rest at all for the first month of a calf's life. Over the next several months, the whales gradually increased the amount of time they spent resting to normal adult levels. Four bottlenose dolphin calf-mother pairs showed the same sleep-behavior pattern. Staying active and responsive after birth may be an adaptation for avoiding predators and maintaining body temperature while the calf builds up a layer of blubber.