Globally, killer whales appear to have an extremely diverse diet. Yet, individual ecotypes or populations are often extremely specialized. In many parts of the world, killer whales prey on fishes or marine mammals, but not both.

Worldwide, killer whales have been observed preying on more than 140 species of animals, including many species of bony fish, sharks and rays, and 50 different species of marine mammals.

Killer whales have also been reported to eat many other types of animals including leatherback sea turtles, dugongs, moose, and penguins and other seabirds. 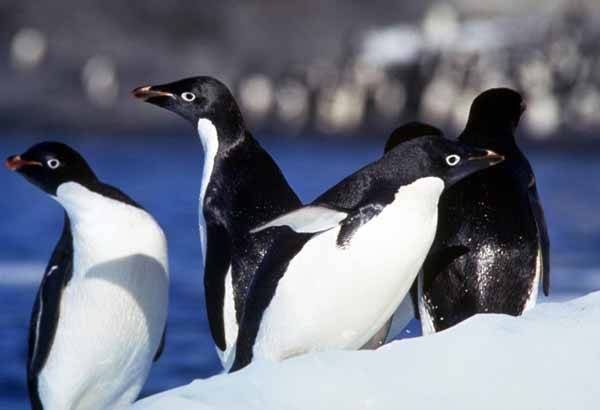 Antarctic small type B killer whales have been observed hunting penguins like these Adélies. 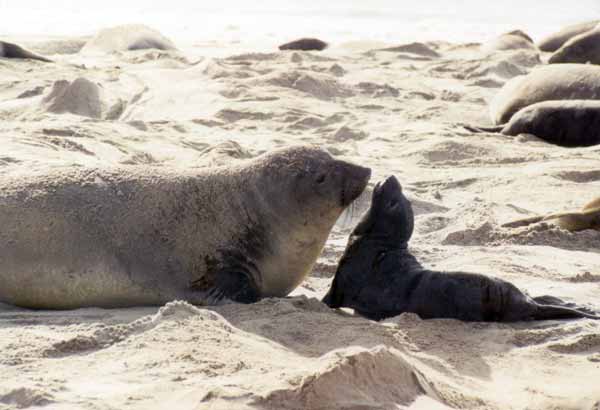 Each killer whale ecotype has a fairly specific diet. 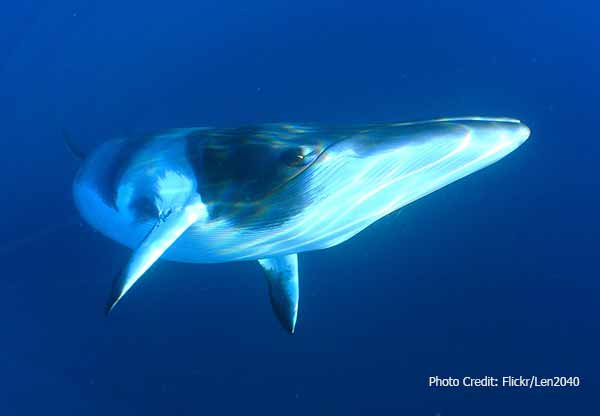 and by the Antarctic type A and large type B ecotypes in the southern hemisphere. 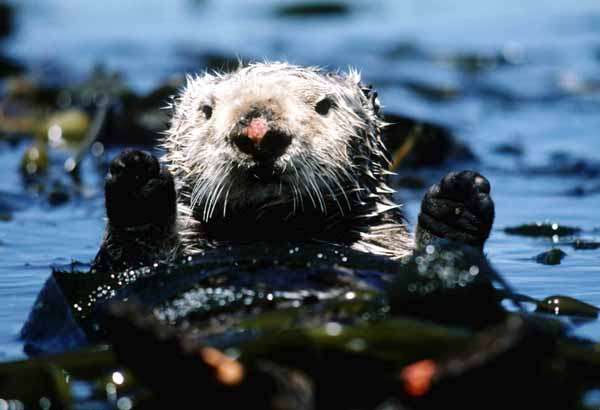 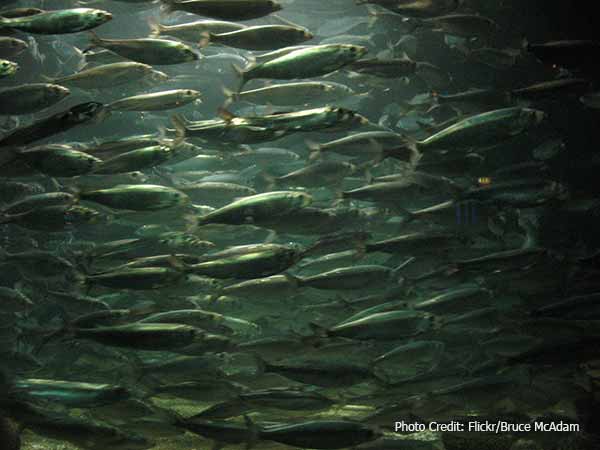 In the North Atlantic, type 1 killer whales hunt schooling fishes such as these herring. 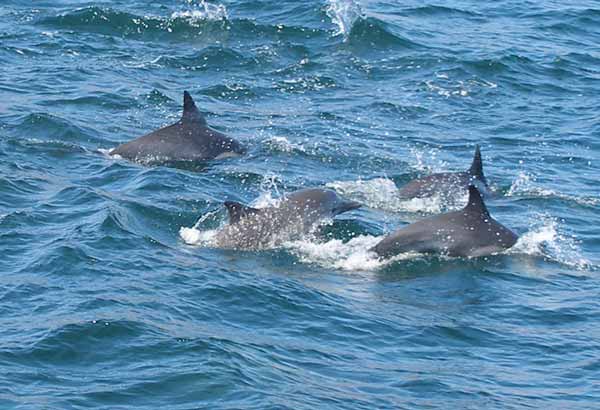 The diet of killer whales in Hawaiian waters includes dolphins..

At SeaWorld parks, adult killer whales eat approximately 1% to 3.5% of their body weight in food per day.

Growing calves eat more — as much as 10% of body weight during growth periods.

Killer whales don't chew their food. They swallow their food whole, or they may tear or shred it. 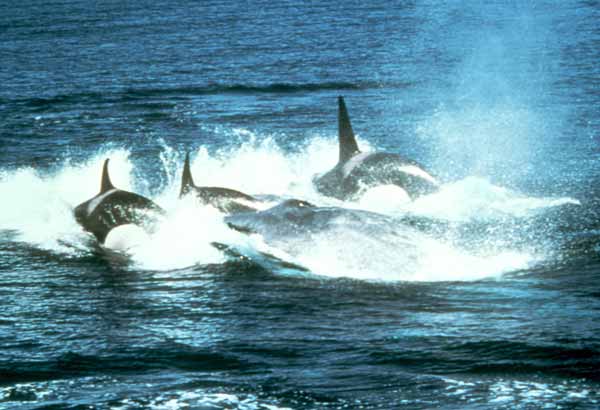 To hunt a large baleen whale, a pod of killer whales may attack the whale from several angles. 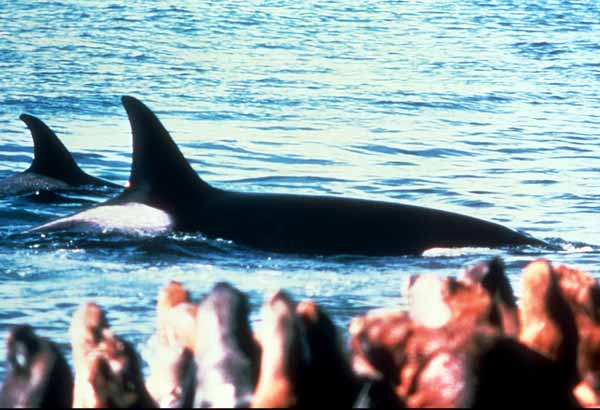 Prey such as these sea lions, may not be safe from killer whales even on land. 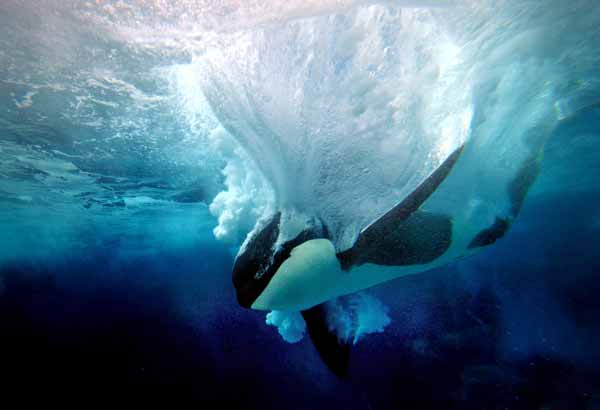