The gestation period is about 12 months. 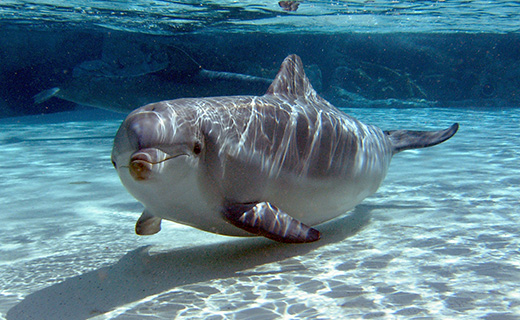 Worldwide, calves are born throughout the year. Birthing season is dependent on geographical location. Births may occur in all seasons, but typically peaks occur during spring, early summer and fall. 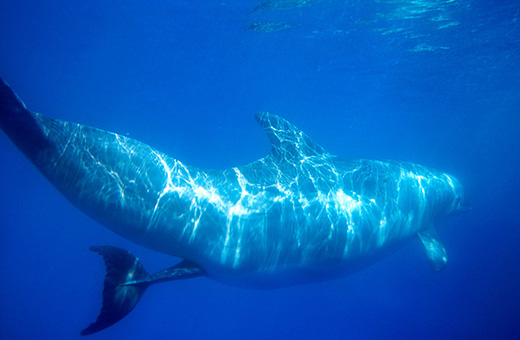 Calves are born in the water. Deliveries are usually tail-first, but head-first deliveries are also seen. The umbilical cord snaps during delivery.

Sometimes an assisting dolphin may stay close to the new mother and calf. Although this assisting dolphin often is referred to as an "auntie" dolphin, it may be male or female. This auntie dolphin is often the only other dolphin a mother allows near her calf.

In the first few days after birth, the calf's dorsal fin and tail flukes are pliable and lack firmness, but gradually stiffen.

Calves, darker than adults, show several vertical, light lines on their sides, a result of fetal folding. These lines disappear within six months. 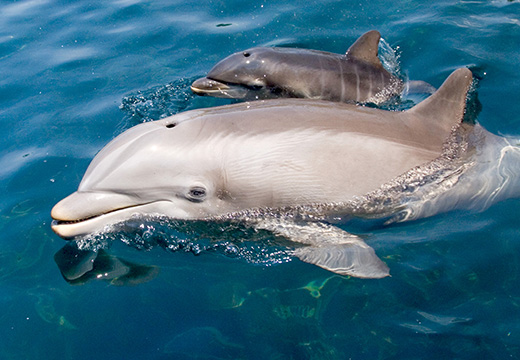 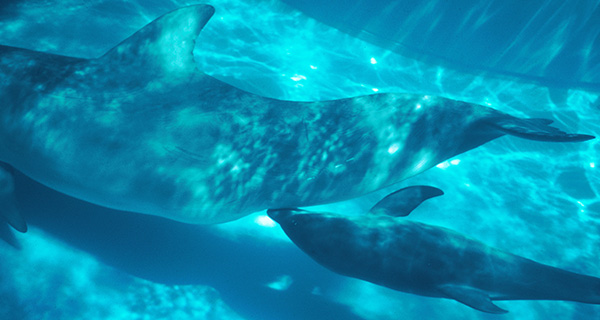 In caring for her calf, a mother dolphin stays close by and attentively directs the calf's movements.

There is probably a considerable amount of learning involved in mothering.

In zoological environments, calves begin to take a few fish at about 3 to 4 months when their teeth begin to erupt. Calves begin to eat fish when they reach about 130 to 150 cm (51 to 59 in.).

Within a few days of birth a calf can vocalize, but signature characteristics develop with age.

Mother-calf bonds are long-lasting; a calf typically stays with its mother 3 to 6 years. The dependency period of calves in zoological facilities is much shorter because the animals are not vulnerable to predation, do not have to learn foraging techniques, and are well fed. 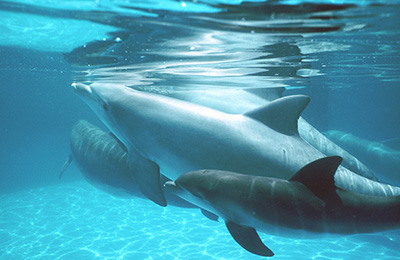 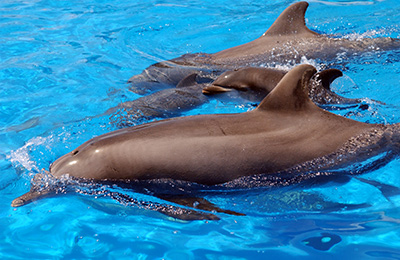 Births at SeaWorld and Discovery Cove