Advances in medical and husbandry knowledge have contributed to improved longevity of dolphins in human care, to the point where today, survivorship measures for bottlenose dolphins in facilities accredited by the Alliance of Marine Mammal Parks and Aquariums (AMMPA), are similar to or better than those reported for wild populations.

Marine mammals, like all animals in the wild, experience more mortalities during the first 2 years of their lives — a time when they are particularly susceptible to disease, predators, and adverse climate.

Studies also indicate that survival rates continue to improve as the marine mammal community’s knowledge of the species’ biology and husbandry advances.

As a dolphin ages, it periodically produces growth layer groups (GLGs) of dental material. Age can be estimated by examining a sliced section of a tooth and counting these layers. 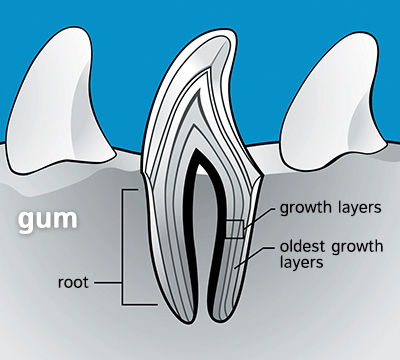 Age determination can be estimated by examining a sliced section of a tooth and counting these layers.

As in any animal population, a variety of diseases and parasites can be responsible for dolphin deaths.

In 1987 and 1988, more than 740 dead bottlenose dolphins washed ashore on the east coast of the United States. Scientists originally believed that the dolphin deaths were triggered by a naturally occurring "red tide" toxin (originating in small marine organisms called dinoflagellates) combined with bacterial and viral infections. Further analysis concluded that, while exposure to brevetoxin may have made the dolphins more vulnerable to infection, morbillivirus caused the deaths. Morbillivirus is a deadly disease that rapidly affects many animals in the same area at the same time. 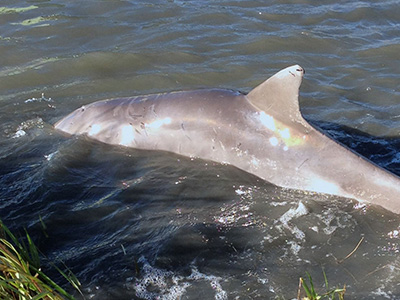 An Unusual Mortality Event, or UME, is declared when NOAA Fisheries Office of Protected Resources finds an unexpected, significant stranding and die off of a marine mammal population. In addition to mobilizing government wildlife officials, at times part of the response to an UME involves assistance from rescue and rehabilitation facilities like those found at SeaWorld. Since the program was established in 1991, 62 UME have been declared — unfortunately the last 14 since 2010. Two UMEs were declared in 2013 for bottlenose dolphins.

While stingrays are not dolphin predators, some dolphin deaths have been attributed to trauma, infection, and poisoning from stingray wounds.. 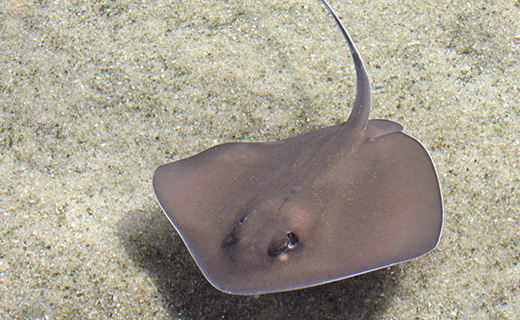 Dolphins, particularly coastal animals, are affected by heavy boat traffic, habitat loss and pollution. Industrial and agricultural pollutants (including pesticides, herbicides and fire retardants) often enter coastal habitats through runoff,
resulting in high levels of toxins both in the water and in dolphin tissues. Accumulation of toxins in body tissues, even at low levels, may lead to reproductive failure, make dolphins more vulnerable to disease, or even lead to death.

In the past, bottlenose dolphins have been taken directly for meat, leather, oil, and meal (for fertilizer and animal feed). Hunting still occurs in various parts of the world including Peru, Japan, the Solomon Islands, and the Faro Islands. 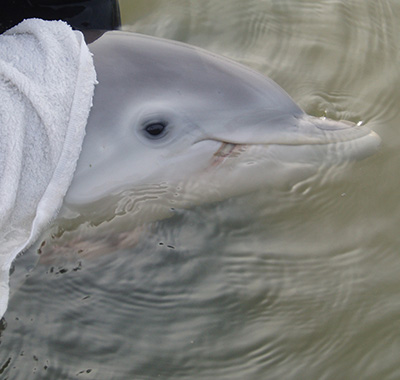 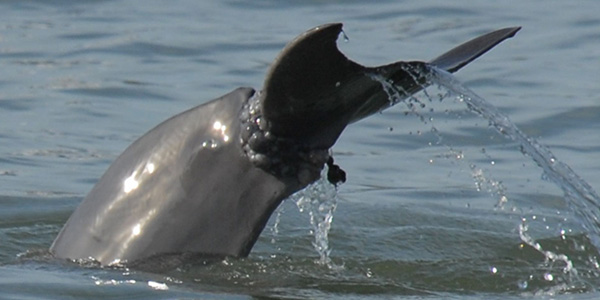 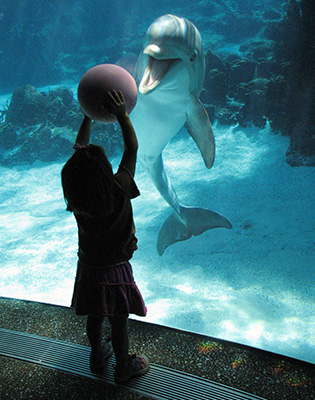 Marine life parks, aquariums, and zoos offer many animal interaction programs that are carefully controlled, monitored by knowledgeable staff, and approved by the government, and are safe, positive experiences for both human and animal participants.