A dolphin's age at sexual maturity varies by geographical location and whether the dolphin is a male or female. 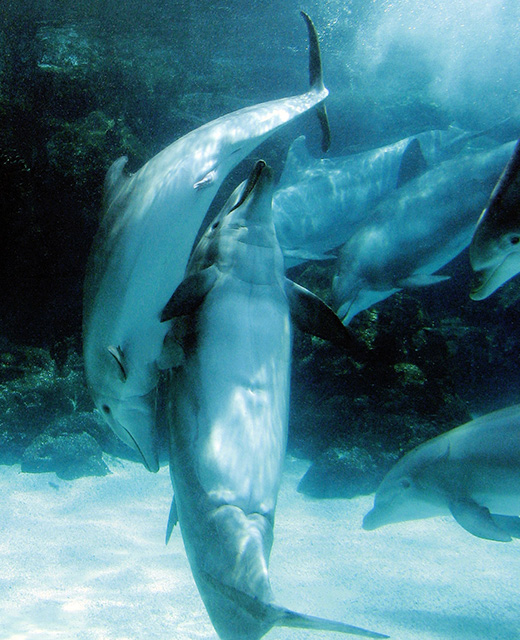 Bottlenose dolphins may breed throughout the year. However, certain breeding seasons have been observed and vary with location. Breeding seasons generally coincide with calving seasons.

Female dolphins generally ovulate 2 to 7 times per year with a cycle length of about 30 days. They are seasonally polyestrous, and estrous occurs from spring to fall. The estrous cycle varies in length from 21 to 42 days.

Male and female bottlenose dolphins have multiple mates in a given reproductive season.

During courtship, dolphins engage in head-butting and tooth-scratching.

There is little to no indication of senescence (menopause) in the female bottlenose dolphin. Successful births and rearing have been witnessed up through 48 years of age in the Sarasota dolphin population. 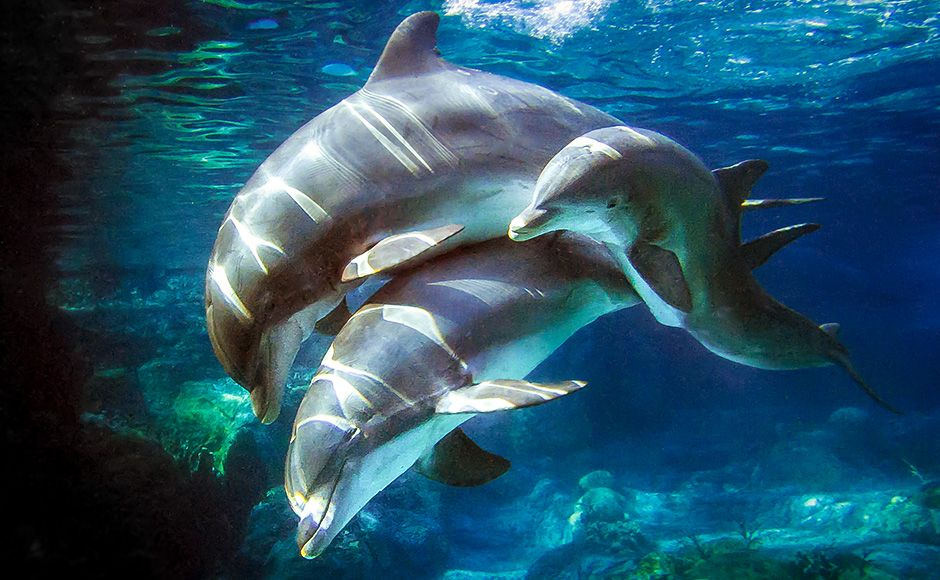