Adult cheetahs may be found alone or in all male groups called coalitions. A coalition of male cheetahs — most likely two to three litter mates that have stayed together — defend a territory against other males, rarely but sometimes to the death. Coalition membership may last for the entire life of the male. 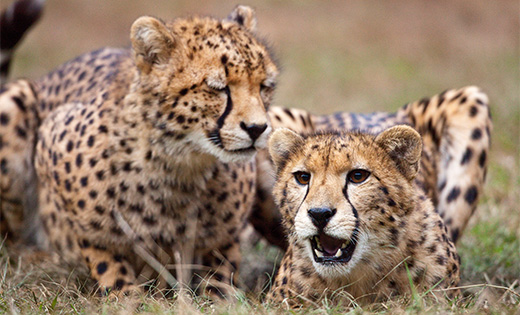 Occasionally a non-related male may join into a coalition, but often must endure periods of aggression from the other (related) members. Related coalition members spend much time in close proximity and often touch and groom each other. Territorial coalitions rarely leave their area of residency, except occasionally to seek females in heat outside their territory and only then for no more than a few days at a time. If coalition members become lost or separated, the individuals will call out to each other with a series of yips until they are reunited.

Females in an area of migratory prey follow the herds, while coalition males establish small territories and attempt to mate with females that pass through. Where prey animals are non-migratory, males and females may establish smaller, overlapping ranges usually similar in size. Cheetah females studied in the Serengeti may roam an area of some 829 square km (320 square mi.). 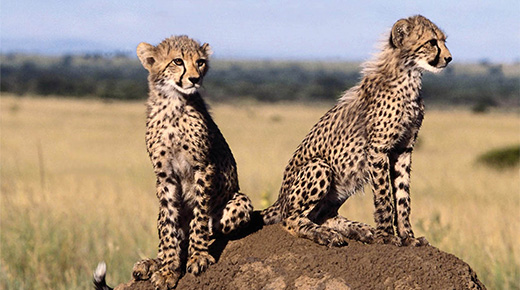 Solitary individuals are generally semi-nomadic and may occupy large ranges of land that overlap with the territories of other cheetahs. A solitary male rarely holds onto a territory against a coalition of cheetahs.

Nonterritorial males are nomadic, typically an adolescent, can cover a large amount a ground quickly and rarely remain in an area for more than a few days. 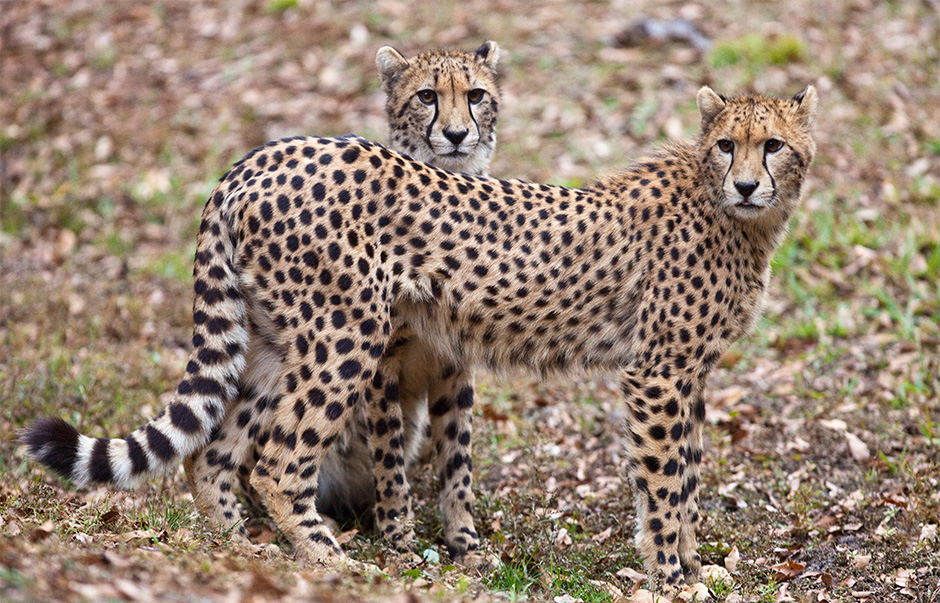