Although the cheetah was once widespread and is a relatively large predator, there are no documented records of a wild cheetah killing a human.

The earliest known depiction of a cheetah and humans is from a Sumerian official seal that dates from 3,000 B.C. For more than 4,300 years, humans of various cultures have kept cheetahs as pets or for hunting. 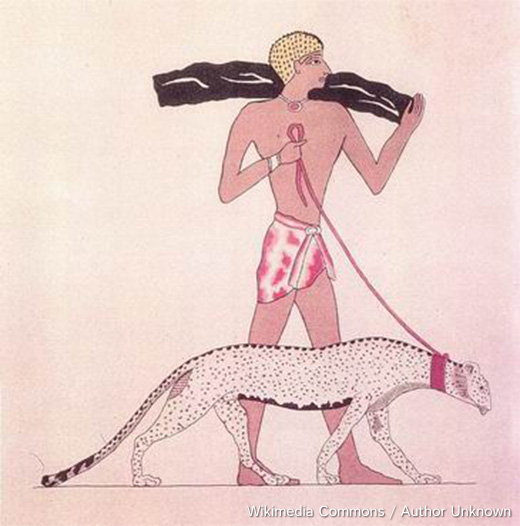 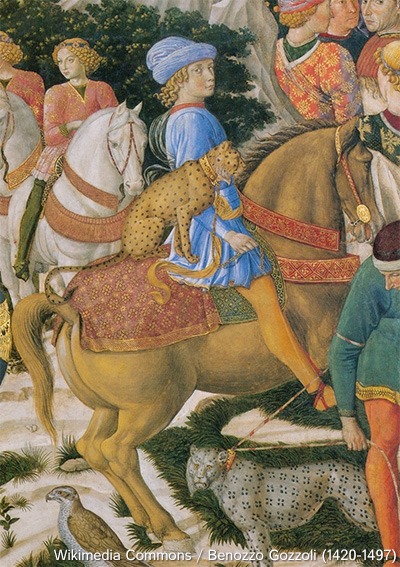 In the fifth century, Italian nobles began using cheetahs for sport hunting. Since then, Russian nobles, French nobles, Mongol Dynasty nobles, and Mughal nobles have used them as well.

In the 16th century, Akbar the Mughal kept over 39,000 cheetahs in total — during his 49-year reign only one successful birth was documented. The first modern successful captive breeding of cheetahs occurred in 1956.

Around 10,000 years ago, at the end of the Pleistocene (the last "Ice Age"), the cheetah faced a genetic bottleneck. At that time, up to 75% of all mammals in some areas and all cheetah species except Acinonyx jubatus died off. The remaining Acinonyx jubatus specimens faced a dramatic population reduction. Small population resulted in inbreeding between close relatives, causing lower levels of genetic variation compared to other mammals. Inbreeding may result in low species survivorship, high cub mortality, poor sperm quality, greater susceptibility to disease, and more difficulty adapting to environmental changes.

Sperm samples collected to artificially inseminate females have shown that up to 70% of the cheetah's sperm were abnormal — more than 20% is a clinical sign of infertility. Sperm concentrations may also be very low, sometimes only 10% of what is found in domestic house cats.

Blood samples from 55 cheetahs found across zoological parks in the United States, Europe, and South Africa were studied in detail. All of the cheetahs in the study were wild caught or born to parents found in southern Africa. A total of 52 blood proteins were examined to determine genetic diversity. Such testing done on other species typically showed a genetic diversity range of 10 to 50%, but for the cheetahs there appeared to be no differences in the genetic diversity.

A measurement study done on 33 cheetah skulls showed them to be largely asymmetrical, suggesting once again that cheetahs lack genetic diversity found in skull studies done on other cat species like leopards (Panthera pardus), ocelets (Felis pardalis), and margays (Felis wiedii). The skulls examined were mainly from eastern Africa, suggesting that cheetah genetic invariability could be widespread.

A cheetah skin graft study done on 14 unrelated and related specimens showed an extremely low level of rejection — only 3 rejections after a period of 50 or more days. Normally such results have only been seen in inbred mice and identical twins.

Cheetah genetic diversity is low compared to other felids, but not compared to carnivores in general. Despite strong signs of problems associated with inbreeding, the cheetah has managed to survive even after the loss of its genetic diversity. It is theorized that the majority of problems connected with inbreeding appeared soon after the genetic bottleneck occurred some 10,000 years ago. 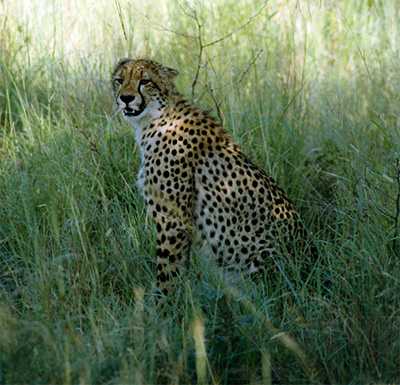 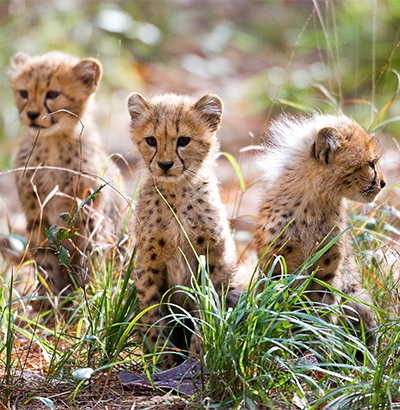 Diseases seen in captive cheetahs include cirrhosis of the liver, feline distemper, pneumonia and other bronchial diseases, rickets, and tuberculosis.

Another general effect of low genetic diversity is an increase in the cheetah's susceptibility to diseases. The biggest disease threat to wild cheetahs is naturally occurring anthrax in Namibia's Etosha National Park. Unlike other predators in the area, cheetahs do not scavenge remains of ungulate carcasses killed by anthrax, thus they lack built up immunities as they prey upon springbok sickened and weakened by the disease.

Adult cheetahs are rarely killed by predators — most simply flee the area if a conflict arises.

In the wild only 5% of cubs may reach independence from their mothers, due largely to the extreme threat from lion attacks. On average, a female cheetah may successfully rear less than two cubs to independence during her lifespan. Hyenas and leopards are also known to kill cheetah cubs. Occasionally another male cheetah may kill the cubs as well, with the presumed intention of causing the mother to go quickly back into estrus.

In the Serengeti, approximately 250 cheetahs live in an ecosystem with 2,800 lions and 9,000 spotted hyenas. Such large carnivores often outnumber cheetahs and represent a significant challenge to their survival. Hyenas and lions are known to displace cheetahs, forcing a high number of them to live in areas outside protected sanctuaries, where cheetahs face increased human and livestock conflict issues.

In zoological parks, the maximum known longevity for cheetahs is 20.5 years.

Studies have not been conducted in the wild on the longevity of cheetahs. Lifespans in the wild are difficult to determine, especially for males since they often move.

Cheetah cubs apparently have a high mortality rate, which may be related to genetic diversity issues. In one study of captive born cheetahs, 29% of the cubs died within six months and only half reached adulthood — an infant mortality rate far higher than most other animal species studied.

Older male and female cheetahs were found to be in significantly poorer health. Many had broken teeth, which likely contributed to their overall poor physical condition.

In places like Namibia, up to 95% of cheetahs are found on livestock farmland areas. Ranchers in Africa pose a major threat to cheetahs, who often perceive cheetahs as harmful to their livestock. However, studies have shown that cheetahs were responsible for only about a 3% loss to African livestock. 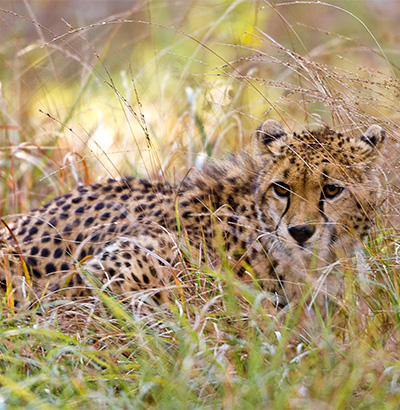 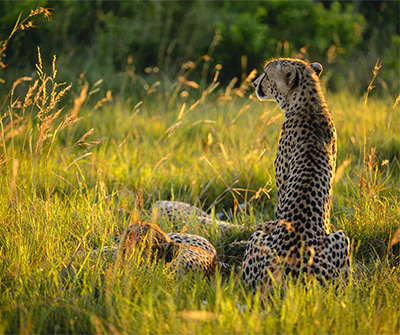