The gorilla is the largest of all primates.

Cross River gorillas (Gorilla gorilla diehli) have been difficult to study due to their shy nature. However, it is estimated that an adult male weighs about 180 kg (396 lbs.).

Gorillas have a distinctive shape in that their stomachs are larger than their chests. Their stomach size is attributed to their enlarged intestines, which digest the bulky fibrous vegetation they consume. 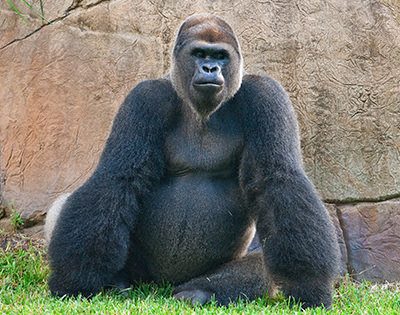 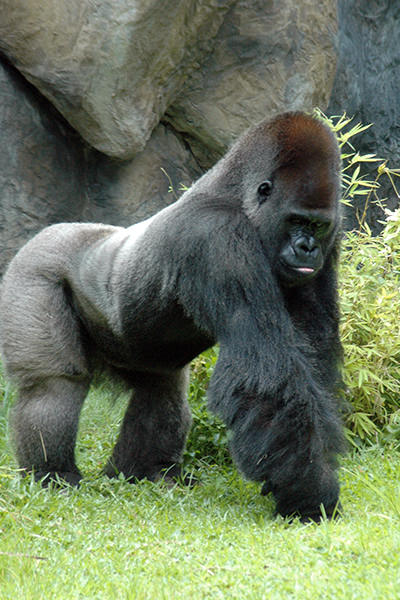 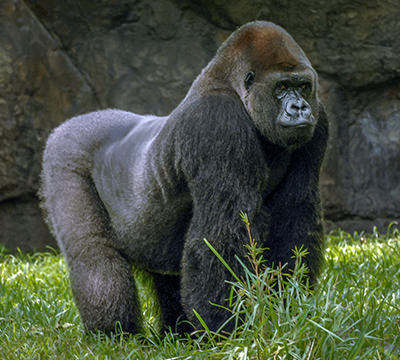 Gorillas have larger muscles in their arms than in their legs (the opposite is true for humans). This is primarily due to the fact that they use their increased arm strength for bending and gathering foliage and for defense. Although capable of walking upright on two feet they most often walk as a quadruped (on four limbs).

Gorillas' arms are much longer than their legs and their arm span is about 30 cm (1 ft.) longer than that of an adult human male. The elongated arms indicate a tree-dwelling ancestry even though gorillas are now primarily terrestrial (ground-dwelling).

An adult gorilla's upper body strength is six times more powerful than that of an adult human — enabling them to lift, break, and squeeze heavy objects.

Gorillas have dark skin and black to brown-grey hair. Males acquire silver-gray saddles across their backs and upper thighs at sexual maturity, earning them the name silverback. This silver-gray area breaks up their overall dark coloration, creating an optical illusion of increased length and larger size.

Gorillas have 32 teeth — the same number as humans.

Gorillas have large strong teeth adapted for the coarse vegetation they consume.

Gorillas have two full sets of teeth during their lifetime, similar to humans. The first set (similar to baby teeth) is lost and then replaced by their permanent set as adults.

The head of a gorilla is massive, with a bulging forehead overhanging the eyes and a bony sagittal crest on top (high-domed head). The sagittal crest (especially noticeable in males) supports the large temporal muscles needed to grind coarse vegetation. 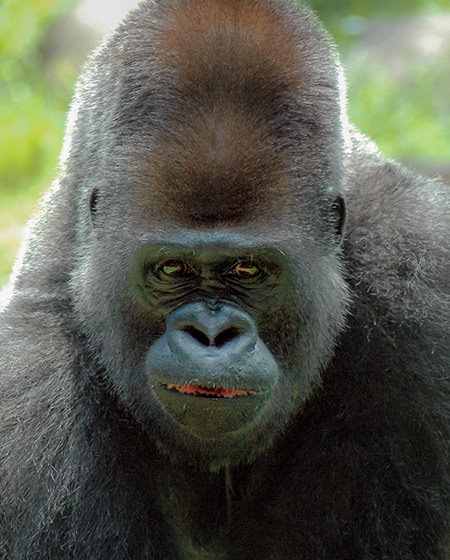 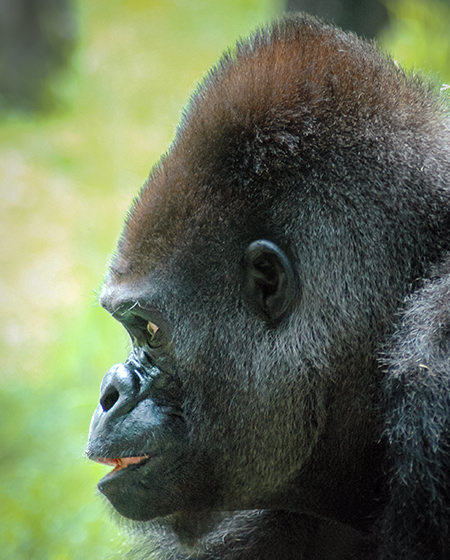 The thumb and big toe of gorillas oppose the other digits (fingers/toes), enabling them to grasp and manipulate objects.

All primates have individualized fingerprints and toeprints, which may be used for identification purposes in the field.

Gorillas are able to manipulate objects with their feet as well as their hands because of their opposable big toe.

Primates have fingernails and toenails rather than claws. They are used for opening, scraping, cleaning, and scratching. 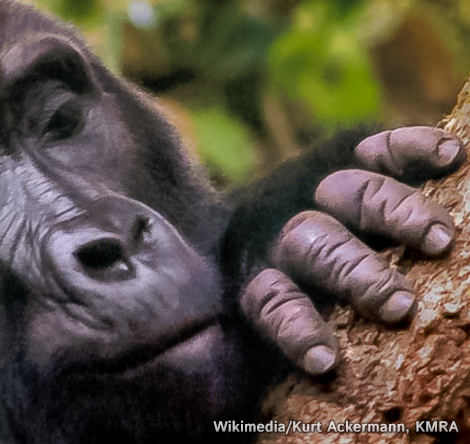 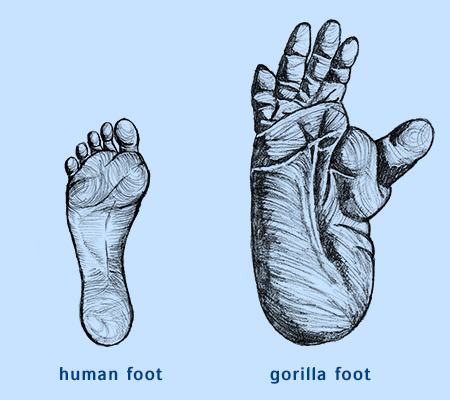 Gorillas' nose regions are very distinctive in terms of the shape and wrinkles and are used by researchers to distinguish individual animals in the field.

Gorillas, unlike monkeys, do not have tails.

Adult male gorillas have large apocrine (scent) glands in their armpits that produce a pungent odor when excited or stressed. Gorillas have apocrine and eccrine (sweat) glands that lubricate the palms of their hands and soles of their feet.