The scientific order Primates encompasses about 233 living species classified in 13 scientific families. Most primates live in tropical forests and vary greatly in size. The smallest primate member is the pygmy mouse lemur (Microcebus myoxinus) weighing around 31 g (1.1 oz.) and the gorilla is the largest primate weighing up to 220 kg (484 lbs.). 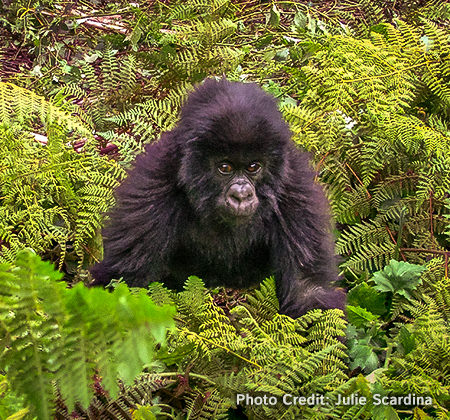 In the past, gorilla scientific classification had one species (gorilla) that was divided into three subspecies. Each of these subspecies was distinguished from one another by their geographic location in Africa.

In 2001 mitochondrial DNA research and morphological variances have led to the scientific reclassification of gorillas. Under the new classification gorillas are divided into two species, the eastern gorilla (Gorilla beringei) and the western gorilla (Gorilla gorilla). It is thought that the two species diverged from one another about 2 million years ago and both have two subspecies. 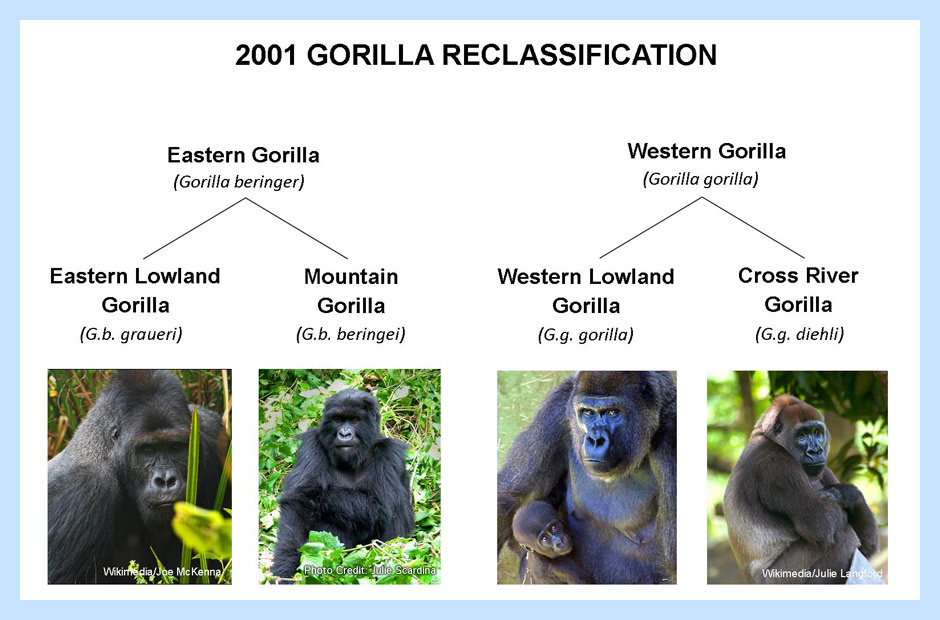 The name "gorilla" was derived from an ancient account by a Carthaginian explorer who sailed along the west coast of Africa nearly 2,500 years ago. Local people shared their name for the great ape with him — the rough translation of which meant "hairy person".

Primates may be divided into two suborder groups. 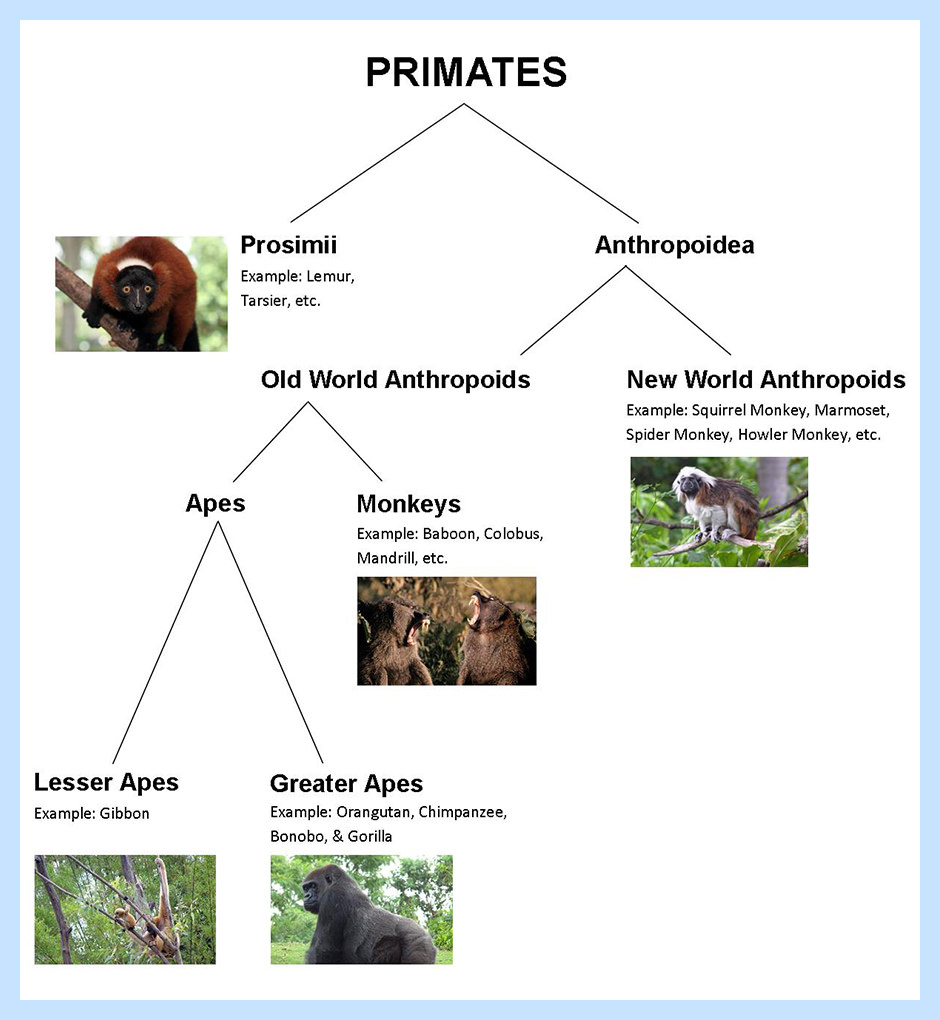 Apes diverged from Old World monkeys about 25 million years ago. There are many differences between apes and monkeys, including the following characteristics: 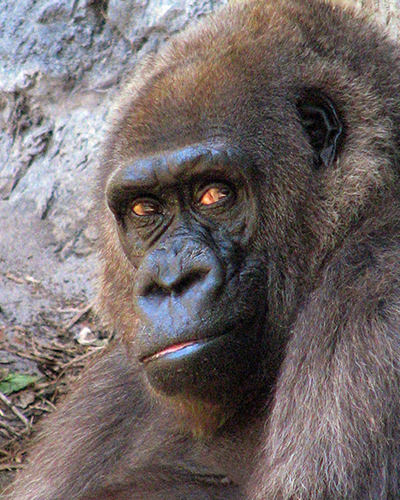 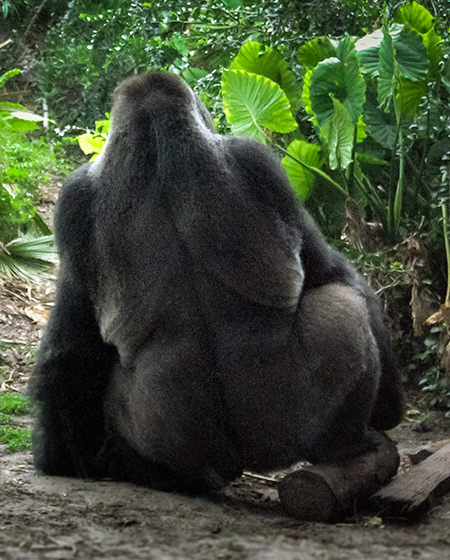 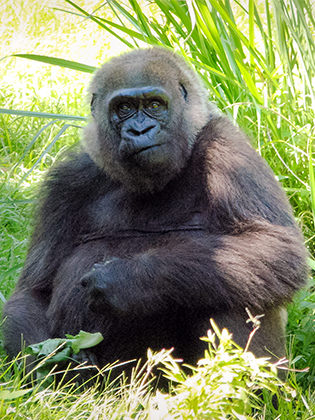 Discovery of the Modern Gorilla

According to the fossil record, ape descendants originated in Africa more than 25 million years ago and then dispersed throughout Asia and Europe.

Over 15 genera of apes have been identified by paleontologists to have lived during the Miocene Era (23 million years ago) in places such as Italy and Greece.

Nearly 2,500 years ago an expedition from the Phoenician merchant city of Carthage to western coasts of Africa accidentally discovered a group of wild gorillas.

During the sixteenth century an English sailor by the name of Andrew Battel was captured by the Portuguese in West Africa. He spoke of two man-like apes (today easily recognized as chimpanzees & gorillas) that would visit the campfire when it was unattended.

Evolutionary Perspectives of the Gorilla

Many ancient explorers and African tribes have described gorillas as primitive hairy people. They have also been referred to as anthropoid or "man-like" apes.

During the 1600s very little was known about apes and scientific literature often confused the greater apes with pygmy tribesmen.

In 1860 an explorer named Du Chaillu described the gorilla as a bloodthirsty forest monster that is willing to attack any human beings. Author Alfred Brehm discounted Du Chaillu's claim in the 1876 book, Thierleben (Animal Life).

The gorilla's intimidating appearance, extreme strength, and chest-beating displays have given them an unfortunate and inaccurate ferocious stereotype. Several mainstream movies have perpetuated this false stereotype, resulting in misconceptions as to gorillas' true gentle nature.

The first documented gorilla research was in 1959 by George Schaller. His book was entitled The Year of the Gorilla. This was one of the first books that dispelled many myths such as the savage nature of gorillas.

In 1963, Dian Fossey began her study, research and conservation of mountain gorillas. In 1983, she published a book entitled Gorillas In The Mist. In 1986, a movie based on her book brought gorilla conservation to worldwide attention.