Primates communicate for identification of appropriate species, gender and reproductive status of potential mates, predator avoidance/protection, and the maintenance of social relationships.

It is estimated that gorillas have at least 22 distinct sounds used for communication — though there is no identifiable language such as in humans.

Gorilla sounds are extremely varied from alarm calls to an infant's whimper. They frequently grunt towards the end of their midday nap session as if to communicate their rest period is about to end. 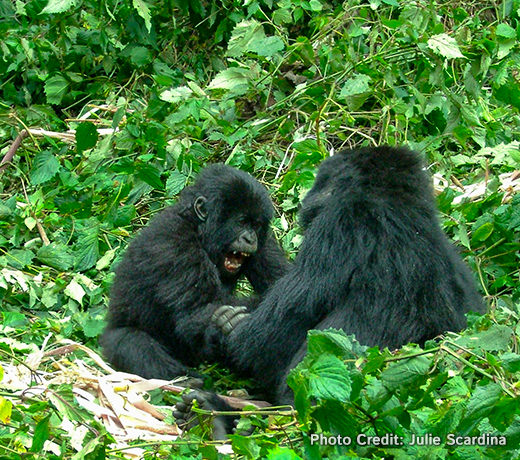 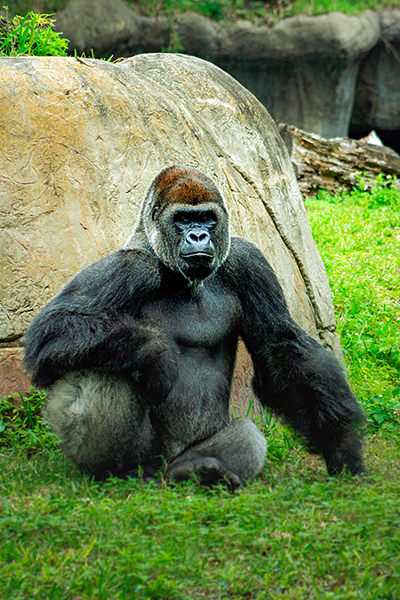 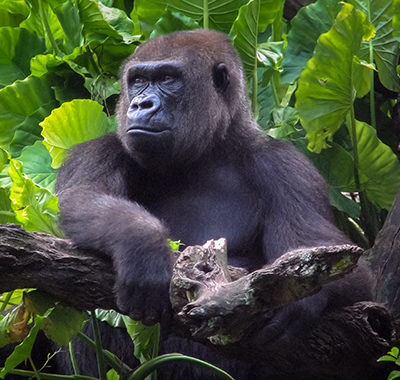 Pheromones or chemical emissions provide information about an individual's health and reproductive status and possibly about the identity, age, and gender of the individual.

Silverbacks also may emit a pungent odor to help ward off predators and intruders.

Gorillas, like all primates, have forward facing eyes (overlapping fields of vision) which increases their visual acuity for depth perception.

Gorillas have very similar facial expressions to humans. Aggression is often displayed by a stern, fixed stare with lips pressed tightly together. Fearful displays are made with an open mouth/exposed canines and their eyes shift nervously. Playful displays are done open mouthed/no teeth showing and relaxed eyes.

Although not as tactile as some primates, grooming is demonstrated between mother and offspring as well as from the adult females to the silverback.