Gorillas primarily inhabit tropical forest habitats. Tropical forests are characterized as having little variance in temperature (around 23°C) and length of daylight (around 12 hours). However, rainfall varies considerably in the tropics and is a primary factor as to the type of vegetation that grows in an area. 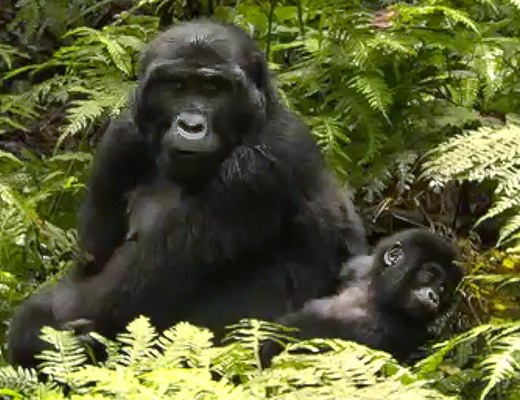 The eastern lowland gorilla inhabits the tropical forests of Eastern Democratic Republic of the Congo.

The Cross River gorilla inhabits a small area between Nigeria and Cameroon. 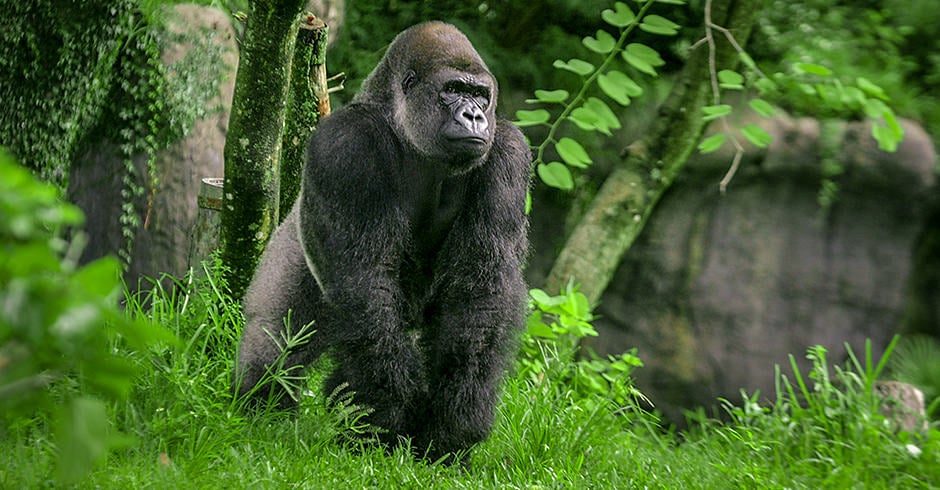 The western lowland gorilla is the most numerous of gorilla species with a population estimate of 92,000 in 1999. However this estimate does not reflect the detrimental impact that the bushmeat trade and Ebola virus has had on the population since 1999. Many western lowland gorillas live in isolated populations which restricts access to potential mates. This isolation can affect the health of the existing population as well as severely reduce future birthrates.

The eastern lowland gorilla had a population estimate in 1998 of about 17,000 individuals in isolated populations. However this estimate does not reflect the detrimental impact that the bushmeat trade and warfare has had on the population since 1998.

The mountain gorilla is estimated to have several small protected family groups living around the Virunga volcanoes (about 380 individuals) and the Bwindi area (about 320 individuals). Even though many mountain gorillas live in protected parks, disease outbreaks, environmental catastrophic events, and genetic isolation could significantly reduce their population. Conservation International and the primate specialist division of the World Conservation Union (IUCN) have classified this species as one of the 25 most endangered primates.

It is estimated that the Cross River gorilla has a population of about 250 to 280 individuals. Conservation International and the primate specialist division of the World Conservation Union (IUCN) have classified this species as one of the 25 most endangered primates.