Female gorillas are sexually mature at around 7 to 8 years of age. However, they do not usually reproduce until they are 10 years old. Males mature later than the females and are rarely strong and dominant enough to reproduce before 15 to 20 years of age. 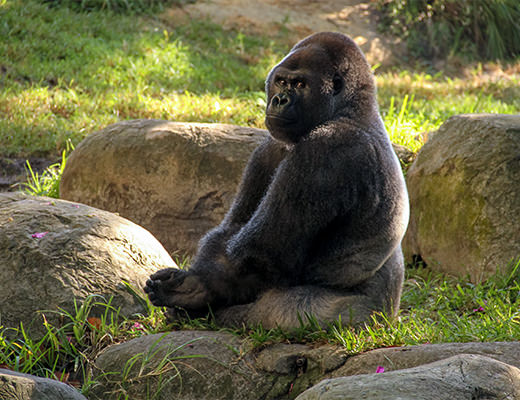 Gorillas may breed year round.

Females are in estrus for 1 to 2 days per month and only the dominant silverback has breeding rights.

Gorillas are polygamous in nature because the dominant silverback mates with several females in his troop.