Since visibility is often restricted by dense vegetation, hearing is important for gorillas to locate one another and to detect danger. Gorillas seem to respond to unusual noises that are not a part of their normal activity.

Gorillas have good eyesight which is used for finding and identifying food and to detect movement. As daytime herbivores they probably have color vision, a useful adaptation for finding ripening fruits in treetops.

Primates have forward facing eyes rather than one on each side of their head. This provides binocular vision because each eye's field of vision overlaps creating a three dimensional image. Binocular vision enables them to accurately assess distances and depth which is extremely useful for maneuvering within their complex environment. 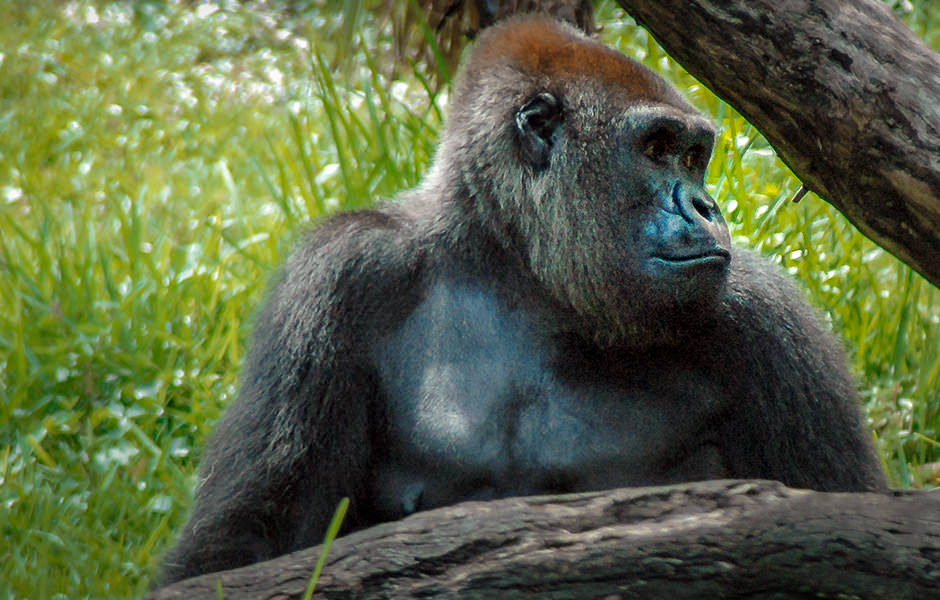 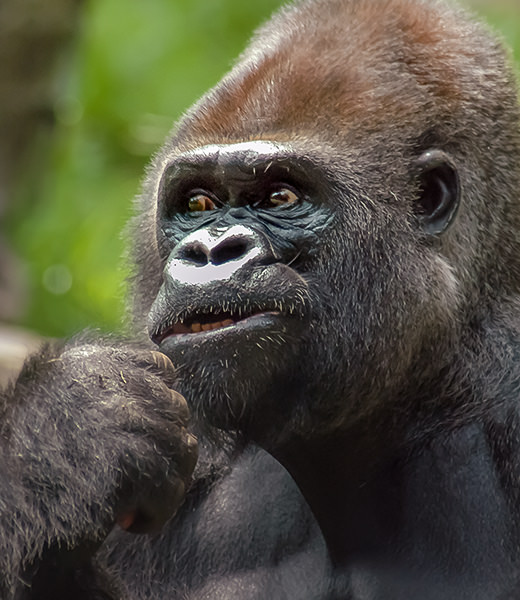 Gorillas and humans have a specialized area of the eye called the fovea, which contains numerous condensed light-sensitive cells and allows for good visual acuity.

Unlike monkeys, gorillas tend to rely more on vision than smell.

Gorillas are not as tactile as other primates. Mutual grooming is often shown between mother and offspring. Occasionally a female will groom the silverback; however, it is seldom reciprocated. Grooming helps keep the hair free from dirt and parasites and also reinforces social bonds.

Gorillas have a good sense of smell and are able to detect strong odors in the environment such as human sweat or the musk of an unknown gorilla.

Males use a female's odor to determine her reproductive status.