For the most part, killer whales in the wild are visible only when they are at the surface, so it is inherently challenging to document and study whale behavior.

Possibly the most-studied killer whales in the wild are the resident killer whale communities of the eastern North Pacific Ocean. 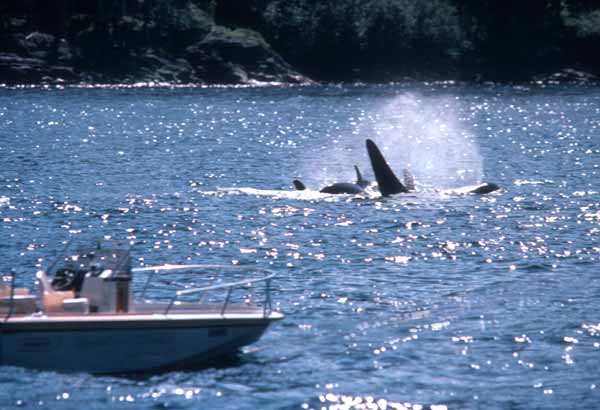 A pod is the next level of social structure observed in resident whales of the North Pacific. A pod contains a group of related matrilines that travel together. Likely they share a past, common maternal ancestor. Pods are less stable and it's not unusual for a matriline to break away from the pod for an extended period, perhaps for weeks or months at a time. 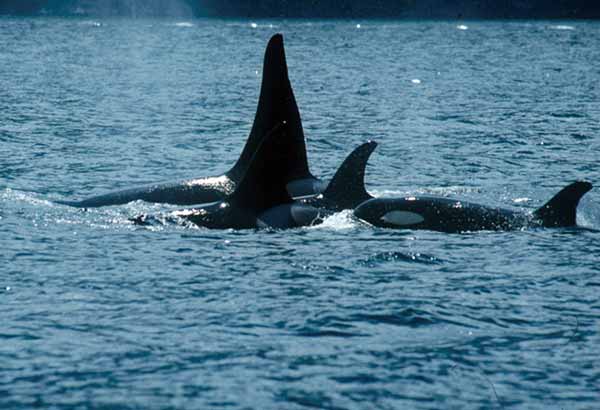 A further social level is called a clan. Clans are made up of pods in an area with similar vocal dialects and are thought to be related. These pods may have developed from one ancestral pod that grew and fragmented over time. Clans inhabit overlapping geographic areas, and pods from different clans are frequently seen traveling together.

The top social level described for resident killer whales of the North Pacific is called a community. A community not based upon maternal links or vocal similarities but rather it is a group of killer whales that share a common range and regularly associate with one.

Killer whales in a pod establish strong social bonds. Observers note that certain individuals are regularly seen associating with one another.

The strongest association bonds in a pod are the mother/calf bonds.

As with many species, a social hierarchy exists within a group of killer whales. The hierarchy is female-dominant. 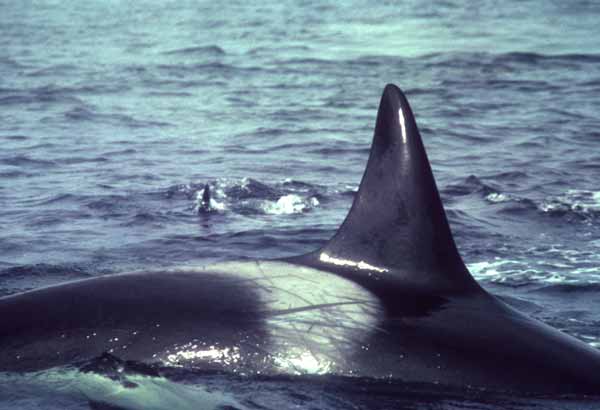 Tooth scratches can leave a killer whale with scars, but generally these scratches are superficial. 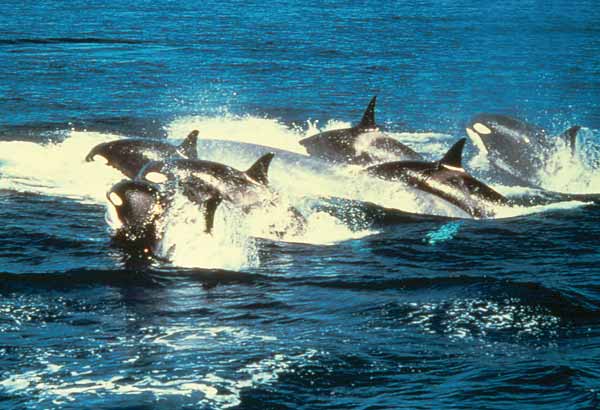 Interactions between resident and transient pods have not been observed. When they are traveling in the same area, they most often appear to ignore each other. At other times, transient whales actively avoid resident whales. 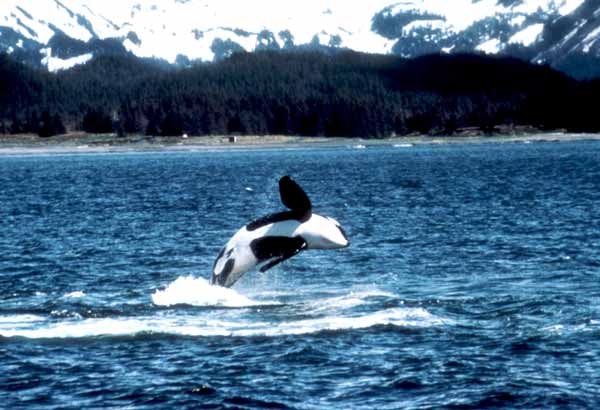 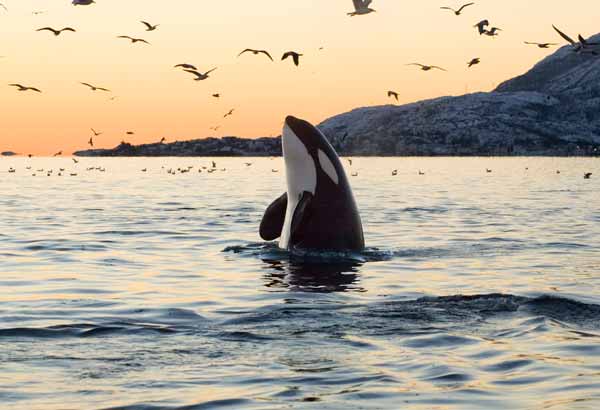 Killer whales in the Johnstone Strait in British Columbia rub their bodies along the pebbly bottoms of shallow bays (sometimes called "rubbing beaches"). They may do this to help remove sloughing off skin.

Killer whale "play" observed by researchers includes intentional beaching in the wild by a group of adult females around the Crozet Archipelago and manipulation of objects (i.e. man-made balls) in zoological parks.

Behavioral studies of cetacean species in zoological parks suggest that killer whales are among the most curious of all cetaceans, with a great tendency to "play" and manipulate objects.

A killer whale may strand if it is affected by a severe, debilitating illness or injury, or if it is too weak to swim or hunt for food. (See Longevity & Causes of Death.)

In some areas, killer whales temporarily slide up onto ice or sand to pursue prey. This behavior is not considered stranding.

Interaction with other Marine Mammals

Killer whales have also been observed harassing other marine mammals, without eating them.

At other times, killer whales have been seen feeding in the same area with other marine mammals, with no apparent reaction by the killer whales. Some species, including those that are known prey for killer whales (minke whales, Dall's porpoises, and seals, for example) have been observed swimming with killer whales.