Calves are born throughout the year, with no statistical evidence for birth seasons.

However, while males produced sperm throughout the year, peak testosterone and sperm production corresponded to months from March to June in North American zoological facilities.

Specific regions may have peak birth months. For example, in the northeast Pacific Ocean, many calves are born between October and March.

Just one calf is born at a time. Calves are born in the water. 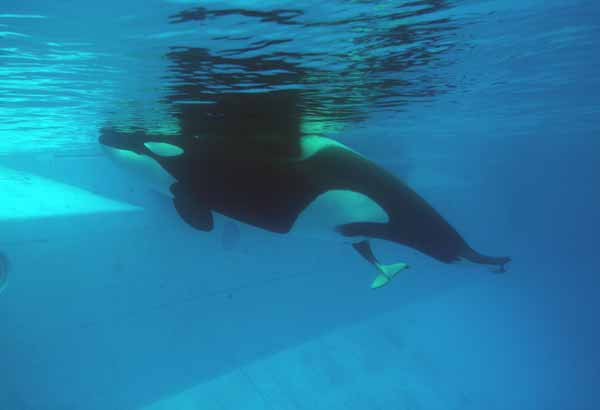 Based on limited data collected from populations at SeaWorld and in zoological facilities, a female may bear a calf every 3 to 5 years. In some cases, a female may not have another calf for 10 years.

In the first few days after birth, the dorsal fin and tail flukes are flexible and pliable. They gradually stiffen.

The light areas of some young killer whales may be creamy white to pale yellow or tan rather than white. They usually turn white by the end of the first year, though some killer whales retain the yellowish color into adulthood. 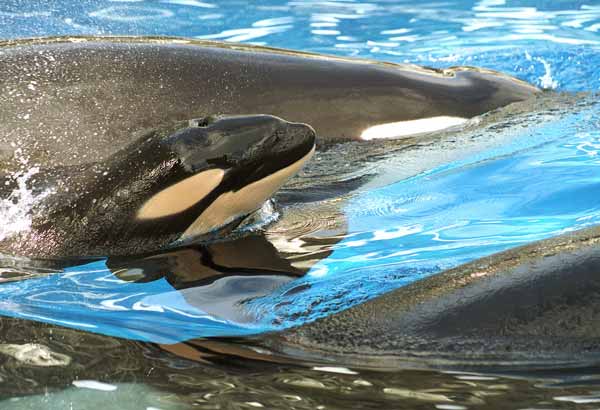 Most killer whale calves born at SeaWorld generally nurse for about a year, but may continue to nurse occasionally for as long as two years. This corresponds with observations in the wild.

Fat is an efficient source of energy to drive a calf's high metabolism. Killer whale milk is very rich in fat.

Calves nurse for about 5 to 10 seconds at a time, several times an hour, 24 hours a day.

Calves nurse below water, close to the surface. The mother glides in a horizontal position with her tail arched, and the calf swims on its side with its mouth on the right or left mammary gland. 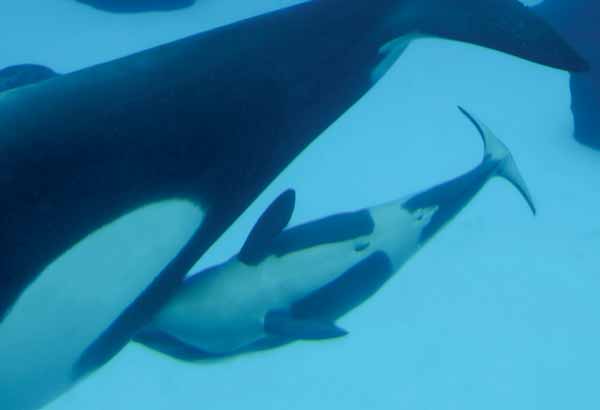 Calves nurse for about 5 to 10 seconds at a time, several times an hour, 24 hours a day. Nursing frequency peaks the first day or two following birth, at about 45 minutes total average nursing time. As a calf becomes more adept at nursing and obtains more milk at each feeding, nursing time decreases dramatically to 10 minutes per day or less after three weeks and to 5 minutes or less by 2 months.

At SeaWorld, it's possible that first-time mothers may learn how to nurse their young by observing this behavior in other mother whales. Additionally, trainers teach them how to respond when their calf attempts to nurse. 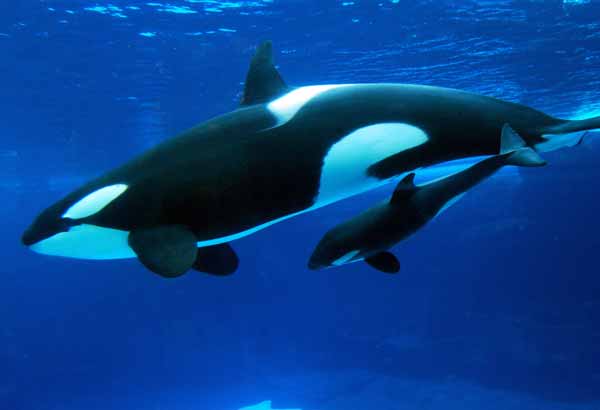 To conserve energy, the calf swims in the slipstream of its mother.

Killer whales have been born at SeaWorld parks in San Diego, San Antonio, and Orlando. SeaWorld's killer whale breeding program was the most successful in the world. 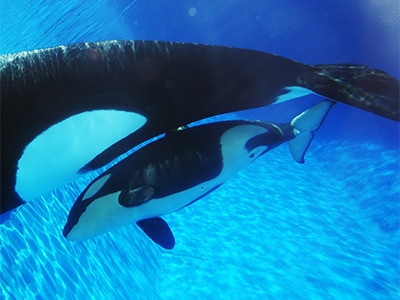 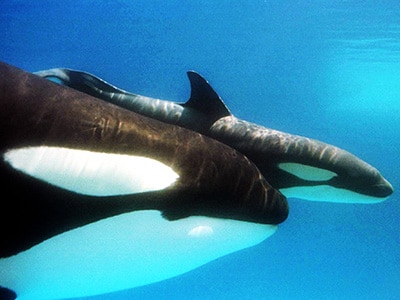 SeaWorld experts have developed techniques for artificially inseminating killer whales. Artificial insemination (AI) occurs when semen that has been collected from a male is placed into a female's reproductive tract. 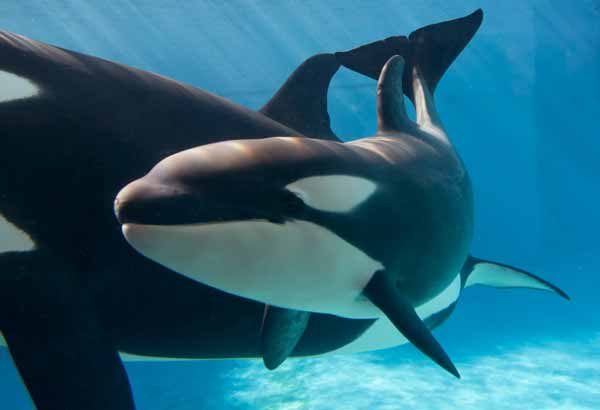