Sound in the Sea

Sound waves travel through water at a speed of about 1.5 km/sec (0.9 mi/sec), which is 4.5 times as fast as sound traveling through air.

Killer whales probably rely on sound production and reception to navigate, communicate, and hunt in dark or murky waters. Under these conditions, sight is of little use.

Killer whales produce sounds for two overlapping functions: communicating and navigation (in the form of echolocation).

A killer whale makes sounds by moving air between nasal sacs in the blowhole region. 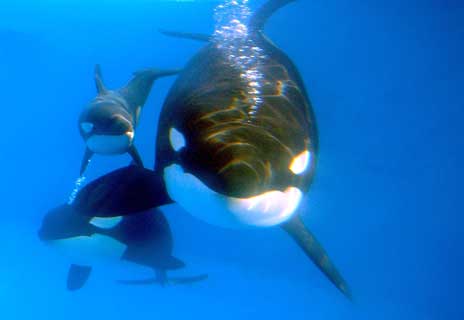 Killer whales use whistles for close-range, or private, communication and coordination of behavioral interactions between animals. Whistles are high pitched, show a high degree of directionality and are highly modulated, as a result, they don't carry far underwater. 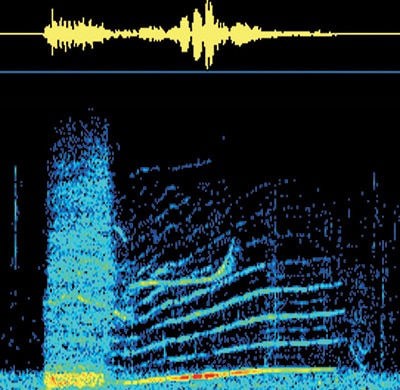 Pulsed calls may function in group recognition and coordination of behavior.

Pulsed calls are the most common vocalization of killer whales.

The individuals of any particular pod share the same repertoire of calls, a vocalization system called a dialect. 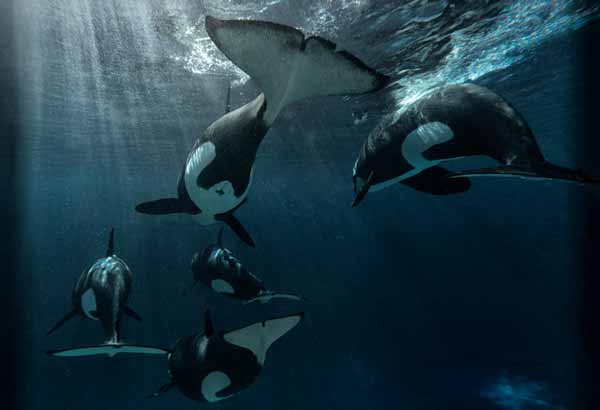 A calf is most likely to develop calls like those of its mother. Vocal development studies at SeaWorld have determined that a calf learns its repertoire of calls selectively from its mother, even when other killer whales may be present and vocalize more frequently than the mother.

Like many other animals, toothed whales may also communicate using a variety of postures and gestures. Some behaviors, such as head-butting and jaw-snapping, are usually assumed to communicate aggression. The purpose of other behaviors, including breaching and pec-slapping, is not clearly understood.

The term echolocation refers to an ability that odontocetes (and some other marine mammals and most bats) possess that enables them to locate and discriminate objects by projecting high-frequency sound waves and listening for echoes.

A killer whale echolocates by producing clicks and then receiving and interpreting the resulting echo. 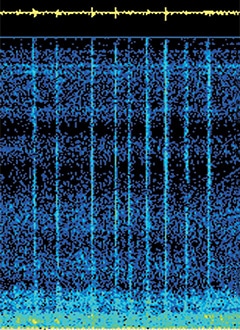 Killer whales often need to navigate in the absence of light/good visibility. Therefore, hearing is essential to them. The killer whale's primary sensory system is the auditory system. It is a highly-developed system that includes biological sonar ability or echolocation. Echolocation helps killer whales determine the size, shape, structure, composition, speed, and direction of an object.

The use of echolocation and calls may vary greatly between fish-eating and mammal-eating populations of killer whales.

In the North Pacific, resident killer whales are more vocal and 27 times more likely to be producing click trains for echolocation. These differences are likely due to the fact that transients attempt to prey upon other types of marine mammals, which have more acute hearing in the frequency range of sonar clicks compared to fish. In an attempt to go unnoticed, studies suggest that transient killer whales use passive listening more to detect and locate marine mammal prey instead of relying on echolocation. 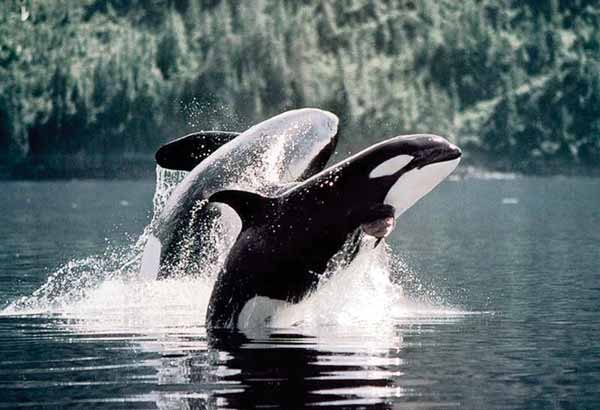