Killer whales inhabit all oceans of the world. Next to humans and perhaps the brown rat (Rattus norvegicus), killer whales are the most widely distributed mammal.

Populations have been documented foraging for long periods of time in shallow coastal and inter-tidal flats in just a few meters of water. 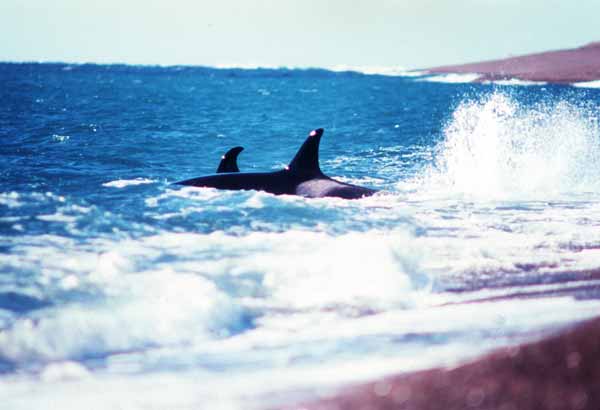 While killer whales can be found around the world, they are much more common in highly productive areas of cold-water upwelling; including the Pacific Northwest, along northern Norway's coast in the Atlantic, and the higher latitudes of the Southern Ocean.

In addition to being found in colder water, killer whales also have been seen in warm water areas such as Florida, Hawaii, Australia, the Galapagos Islands, the Bahamas, and the Gulf of Mexico, and more temperate waters such as New Zealand and South Africa. Such sightings are infrequent, but they do demonstrate the killer whales' ability to venture into tropical waters.

Rarely, killer whales have been seen in fresh water rivers around the world such as the Rhine, the Thames, and the Elbe. One even traveled some 177 km (110 mi.) up the Columbia River in pursuit of fish.

Depending on the ecotype, killer whales may exploit a variety of habitats, from shallow coastal areas to deep waters off the continental shelf. 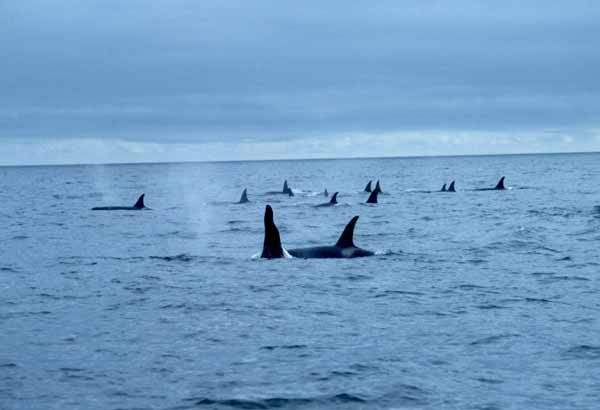 The five forms of Antarctic killer whales have different distributions.

The resident, transient, and offshore killer whales of the eastern North Pacific Ocean have overlapping but different distributions.

Eastern Tropical Pacific killer whales are usually sighted offshore and range from Southern California to the Mexican waters of the Pacific and Gulf of California. 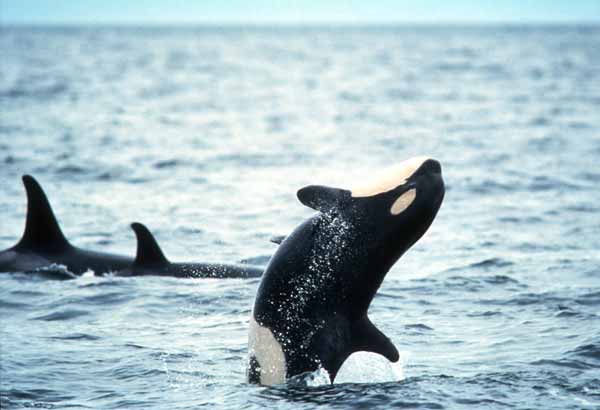 In some areas, seasonal movements of killer whales are influenced by migration of their prey.

In the North Pacific, resident pods tend to travel within specific, localized ranges while transient groups' ranges are wider and less predictable. Both resident and transient killer whales in the North Pacific do not undertake "migration" in the formal sense of the word.

The movements of resident pods in the Pacific Northwest coincide with the migration of their primary prey, salmon.

Type A killer whales appear to be migratory, entering Antarctic waters during the austral summer.

Type B (Antarctic killer whales) undertake rapid migrations from the Antarctic to subtropical waters off Uruguay and Brazil. These rapid travels may be over 5,800 miles (9,400 km) round trip. This migration may be for the purpose of maintenance, with the animals regenerating skin in warmer waters without the high cost of heat loss. 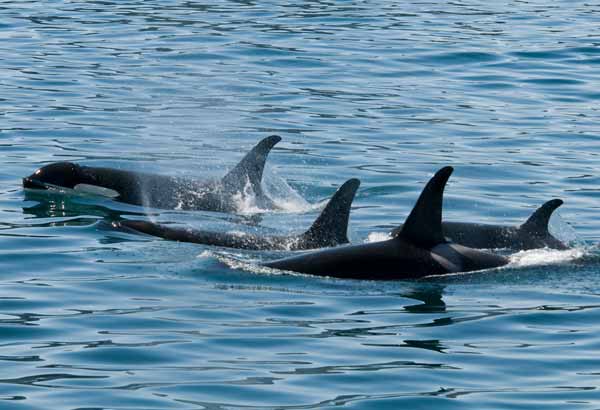 Killer whales are difficult to census given their worldwide distribution. However, it's estimated that their global population is at least 50,000.

With the exception of the southern resident community in the eastern North Pacific, killer whales are not listed as endangered or threatened.