Killer whales have a well-developed, acute sense for hearing underwater. A killer whale's brain and nervous system appear physiologically able to process sounds at much higher speeds than humans, most likely because of their echolocation abilities.

Soft tissue and bone conduct sound to a toothed whale's middle and inner ears. In particular, fat lobes in the whale's lower jaw appear to be an adaptation for conveying sound to the ears. 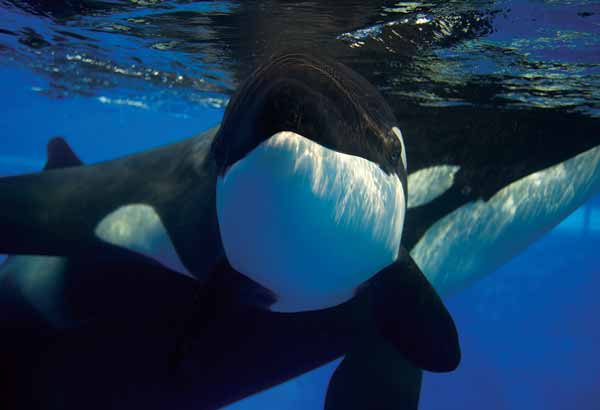 The strongly convex (spherical) lens of a marine mammal differs from that of a land mammal.

DNA analysis of several other species of toothed whales indicated that the eyes of these whales do not develop pigment cells called short-wave-sensitive (S-) cones, which are sensitive to blue light. Researchers theorize that all modern cetaceans, including killer whales, lack these visual pigments and therefore aren't able to discriminate color in the blue wavelengths. 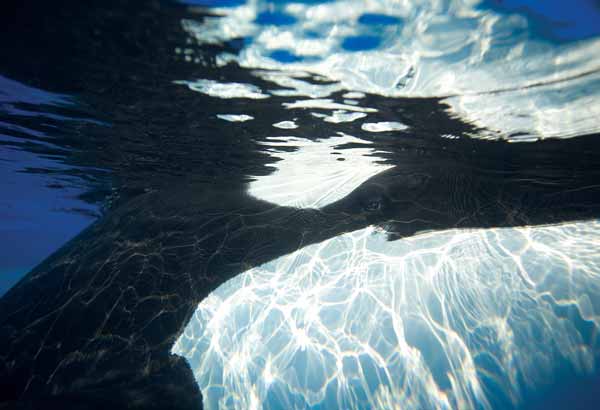 Anatomical studies and observations of behavior indicate that a killer whale's sense of touch is well developed. Studies of closely related species (common dolphins, bottlenose dolphins, and false killer whales) suggest that the most sensitive areas are the blowhole region and areas around the eyes and mouth.

In zoological parks, killer whales show strong preferences for specific types of fishes. Overall, however, little is known about a whale's sense of taste.

Behavioral evidence suggests that bottlenose dolphins, a closely related species, can detect three if not all four primary tastes. The way they use their ability to "taste" is unclear.

Scientists are undecided whether dolphins have taste buds like other mammals. Three studies indicated that taste buds may be found within 5 to 8 pits at the back of the tongue. One of those studies found them in young dolphins and not adults. Another study could not trace a nerve supply to the taste buds. Regardless, behavioral studies indicate bottlenose dolphins have some type of chemosensory capacity within the mouth. 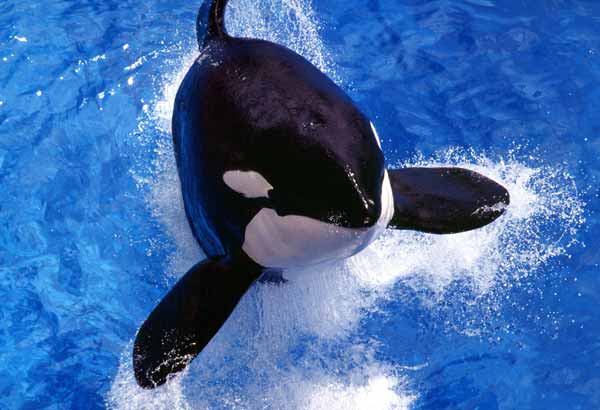 Olfactory lobes of the brain and olfactory nerves are absent in all toothed whales, indicating that they have no sense of smell.

Being air-breathing mammals that spend a majority of time under water, a sense of smell would go largely unused in killer whales. 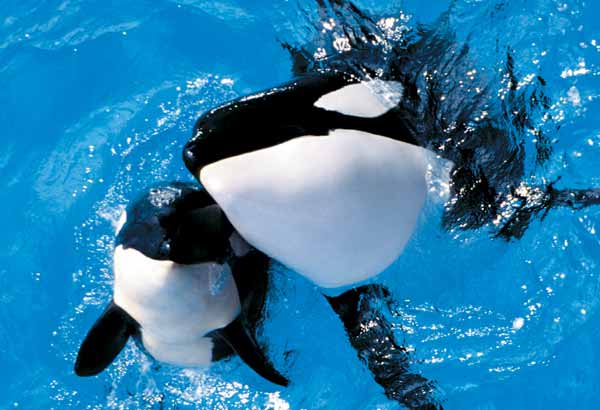