Penguins are among the most social of all birds. All species are colonial.

Penguins may swim and feed in groups, but some may be solitary when diving for food. Emperor penguins have been observed feeding in groups with coordinated diving.

During the breeding season penguins come ashore and nest in huge colonies called rookeries. Some rookeries include hundreds of thousands of penguins and cover hundreds of square kilometers.

Although king penguins are highly gregarious at rookery sites, they usually travel in small groups of 5 to 20 individuals.

Penguins communicate by vocalizing and performing physical behaviors called "displays". They use many vocal and visual displays to communicate nesting territories and mating information. They also use displays in partner and chick recognition, and in defense against intruders. 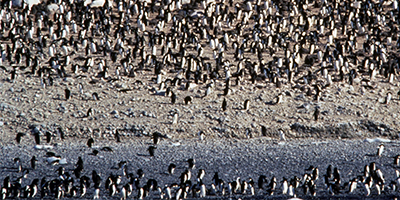 While on land, some penguins gather in the thousands, like the Adélie penguin colony on Paulet Island off the tip of the Antarctic Peninsula. 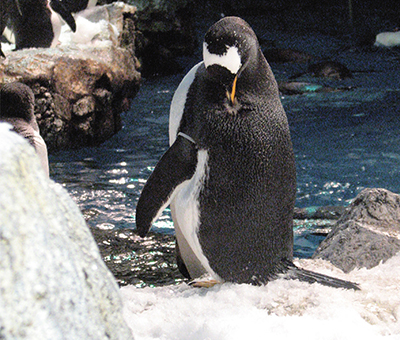