Penguin calls (vocalizations) are individually identifiable, allowing mates to recognize each other and also their chick. This is important because members of a large colony of penguins are nearly indistinguishable by sight.

Research has identified differences in the calls of male and female emperor penguins. These differences probably function in courtship and mate selection. 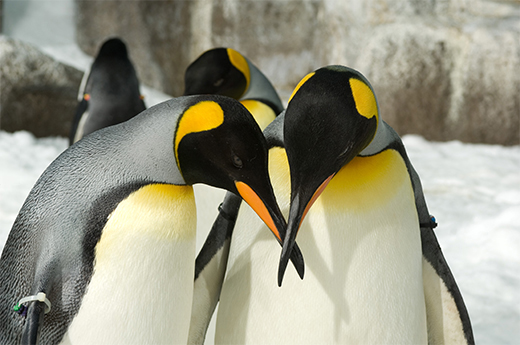 There are three main kinds of penguin calls.