Currently all 18 species of penguins are legally protected from hunting and egg collecting.

The Antarctic Treaty was signed by 12 nations in 1959 and reauthorized in 1991 to protect Antarctica and preserve its living resources. The Treaty makes it illegal to harm, or in any way interfere with, a penguin or its eggs. Every penguin specimen collected with a permit must be approved by and reported to the Scientific Committee for Antarctic Research (SCAR). 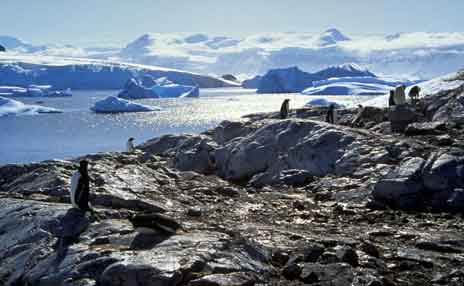 The Convention on International Trade in Endangered Species of Wild Fauna and Flora (CITES) is an international treaty developed in 1973 to regulate trade in certain wildlife species, including penguins. CITES categorizes various animals according to their current status. 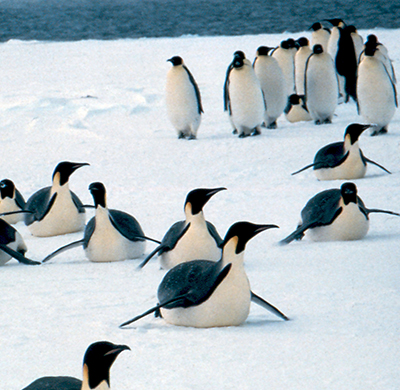 The Endangered Species Act of 1973 (ESA) is administered by the U.S. Departments of Interior and Commerce. It seeks to stop the extinction of wild animals and plants in the United States, other nations, and at sea. 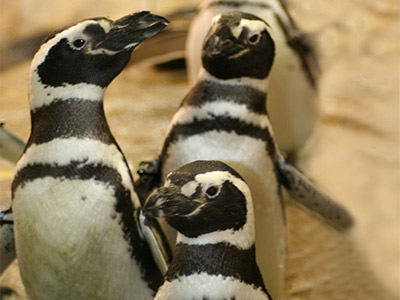 Protection of habitat began in the early 1900s. In 1919 the Tasmanian government stopped all exploitation of penguins on Macquarie Island and proclaimed the island a sanctuary. In 1997, Macquerie island was designated as a World Heritage site by the United Nations Educational, Scientific and Cultural Organization (UNESCO.)

In 1924 the French declared the Kerguelen Islands off Antarctica a National Park.

The Conservation Assessment and Management Plan (CAMP) is an assessment tool to evaluate the status of various animals and to determine conservation priorities. CAMP was developed by the Conservation Breeding Specialist Group (CBSG) of the Species Survival Commission of the International Union for the Conservation of Nature and Natural Resources (IUCN)/The World Conservation Union.

In September of 2004, the Fifth International Penguin Conference was held in Ushuaia, Argentina. Following the conference, a two-day collaborative workshop sponsored by SeaWorld and the New England Aquarium reviewed the 2004 IUCN penguin Red List fact sheets, updated the 1998 CAMP for all species of penguins, and looked at penguin conservation priorities and future initiatives. 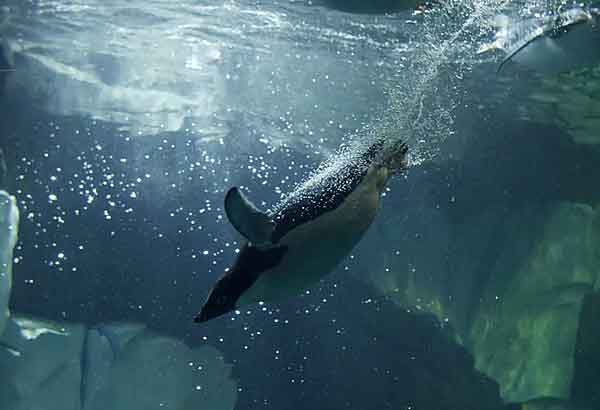 Most people do not have the opportunity to observe penguins in the wild. The unique ability to observe and learn directly from live animals increases public awareness and appreciation of wildlife.

The Species Survival Plan (SSP) is a captive propagation and management program to preserve, in zoos and aquariums, selected species - most of which are threatened or endangered in the wild. Association of Zoos and Aquariums (AZA) Wildlife Conservation Management Committee (WCMC) has designated an SSP for Humboldt penguins. SeaWorld San Diego is a "Participating Institution". 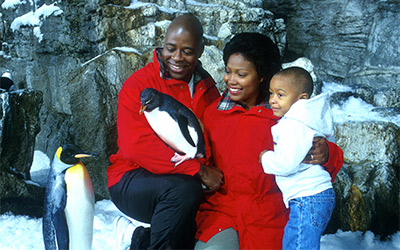 The non-profit SeaWorld & Busch Gardens Conservation Fund works on behalf of wildlife and habitats worldwide. The goal of the Fund is to encourage sustainable solutions by supporting critical conservation initiatives worldwide. Visit SWBG-ConservationFund.org to learn more about projects involving penguins and other animals around the world.

The Fund has sponsored a number of projects on marine and terrestrial animals including penguins. 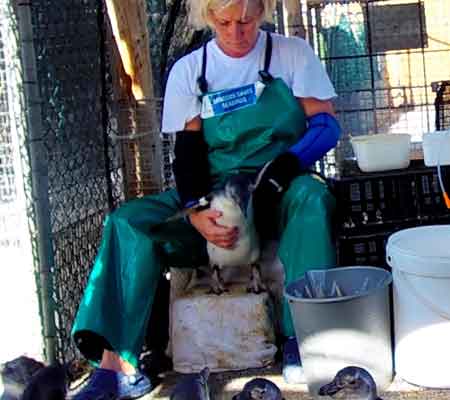 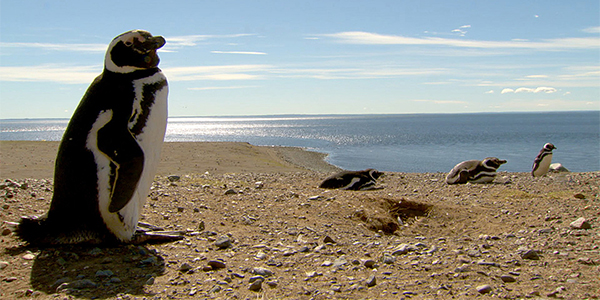 How Can You Help Penguins

If you eat seafood, choose seafood that is certified by the Marine Stewardship Council or Aquaculture Certification Council. Eating sustainable seafood will reduce the amount of accidental deaths due to entanglement in fishing gear and ensure that penguins and other ocean animals can find enough food to eat.