Chicks first "pip" by poking a small hole in the egg. They then chip at the shell until they can push off the top. Chicks take up to three days to chip their way out. 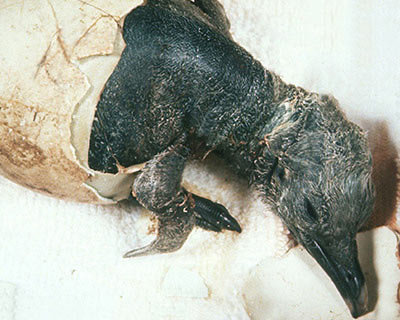 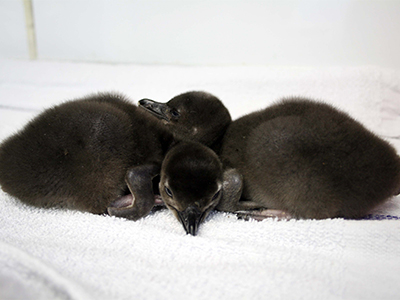 In all species, the coloration and markings of chicks separate them from adults. Scientists believe that the chicks' coloration elicits parental behavior from the adults, and that adult penguins do not perceive the young birds as competitors for mates or nesting sites. 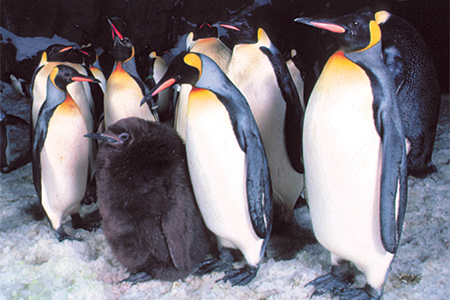 The striking markings of emperor chicks may help to make the chicks more visible against the ice and snow, significant because emperors don't have individual nest sites where the young can be found. 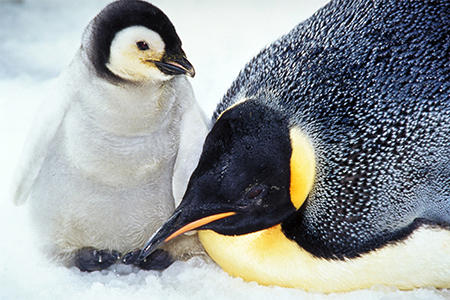 Care of the Chicks

Chicks require attentive parents for survival. Both parents feed the chick regurgitated food. Adults recognize and feed only their own chick. Parents are able to identify their chick by its distinctive call. 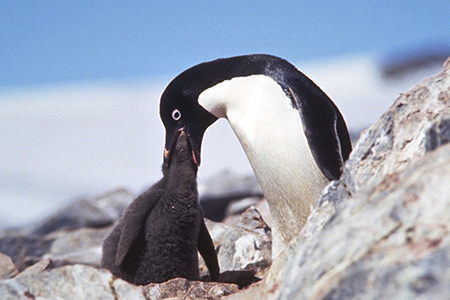 Male emperor penguins exhibit a feature unique among penguins. If the chick hatches before the female returns, the male, despite his fasting, is able to produce and secrete a curdlike substance from his esophagus to feed the chick, allowing for survival and growth for up to two weeks. 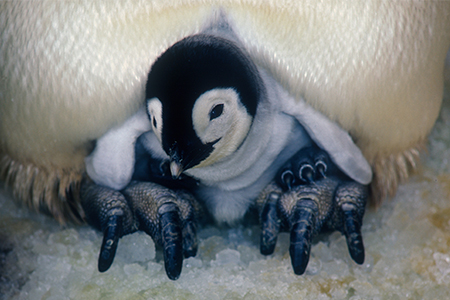 Parents brood chicks (keep them warm) by covering them with their brood patch.

In some species, partially grown chicks gather in groups called crèches. (Crèche is a French word for crib.) 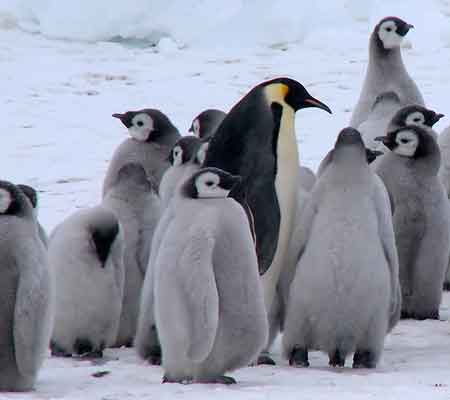 During a two year study of emperor penguins in Antarctica, mainly non-breeding adult females and failed breeding female emperors often "kidnapped" and attempted to "adopt" chicks that clearly were not their own.

In contrast to most bird species, penguins generally maintain high levels of the hormone prolactin (PRL) throughout their entire breeding season, even those that may lose their eggs or chicks.

At least 65 bird species have been known to "adopt" the young of a different species, including one instance where a king penguin attempted to raise a brown skua chick. 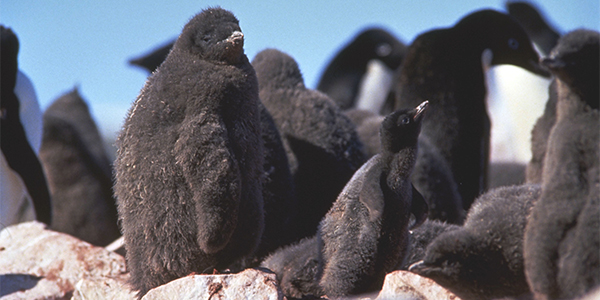 A chick depends on its parents for survival between hatching and the growth of its waterproof feathers before it can fledge (leave the colony to go forage at sea.) 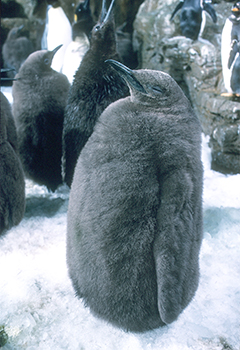 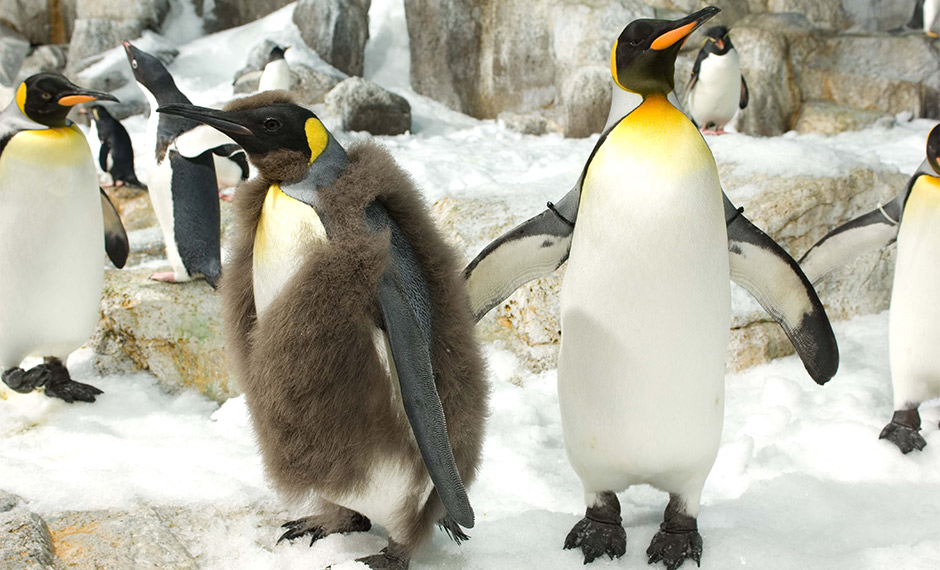