Like most seabirds, penguins tend to be long-lived. They may take three to eight years to reach sexual maturity.

With some of the smaller species, breeding may begin at three to four years, but most larger species are not accomplished breeders until much later. On average, breeding does not begin until the fifth year, and a few males do not breed until the eighth year.

Courtship varies among species. It generally begins with both visual and auditory displays. In many species, males display first to establish a nest site and then to attract a mate. Not all species exhibit all displays, but in general there are 3 distinct types of displays. 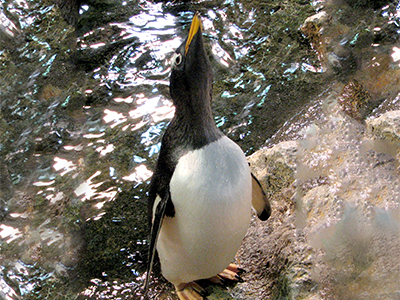 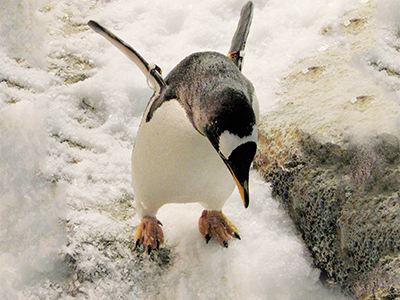 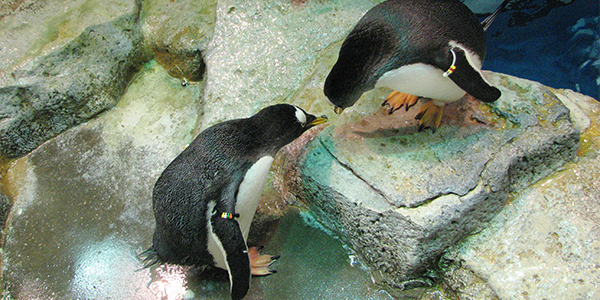 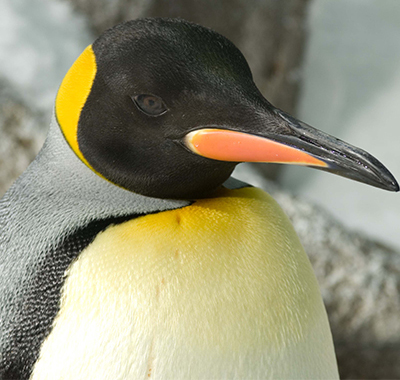 Most penguin species are monogamous (one male breeds with one female during a mating season); however, research has shown that some females may have one to three partners in one season and some males may have one or two partners.

Mate selection is up to the female, and it is the females that compete for the males.

In some penguin species, a female selects the same male from the preceding season to mate with. Adélie penguins have been documented re-pairing with the previous year's mate 62% of the time. Chinstraps re-paired in 82% of possible cases, and gentoos re-paired 90% of the time. In one study of Adélies, females paired with males within minutes of arriving at the colony.

Eudyptes penguins are closely related and some in this genus are known to crossbreed with different Eudyptes members. Rockhoppers are known to interbreed with macaroni, royal, and erect-crested penguins, for example, with matings producing hybrid offspring that in some cases have successfully reproduced as well. 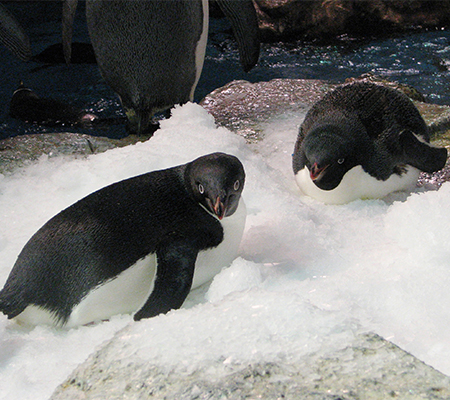 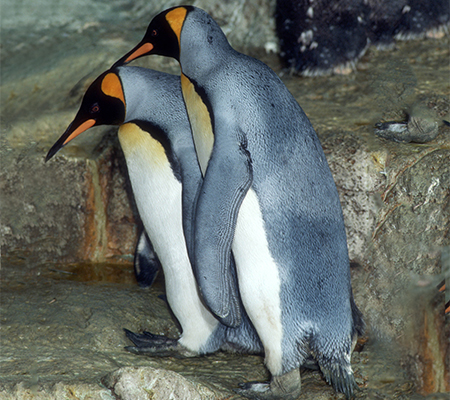 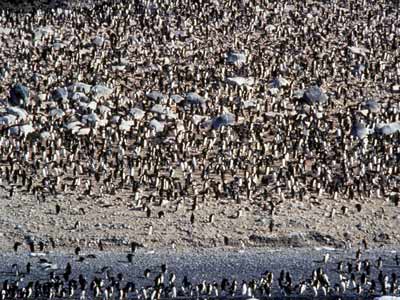 Cape Adare is home to the largest single colony of Adélie penguins with an estimated population of 282,000 breeding pairs. 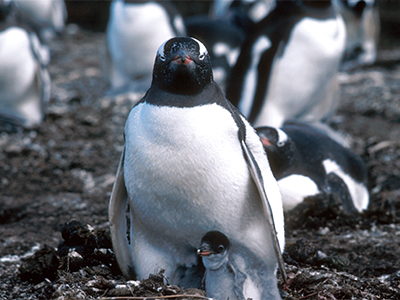 Gentoo penguins nest inland or on coastal peninsulas and islands. 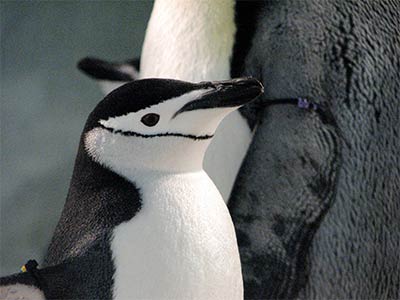 The South Sandwich Islands have the largest population of nesting chinstraps with an estimated 5 million pairs. 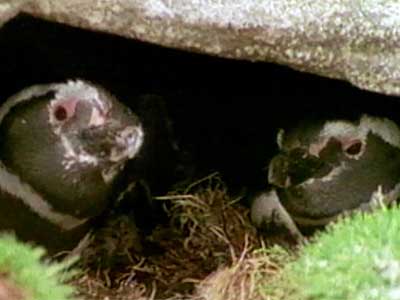 Nesting materials vary from species to species and from location to location. 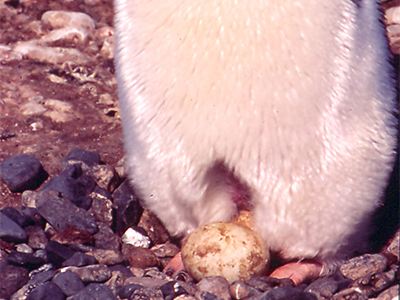 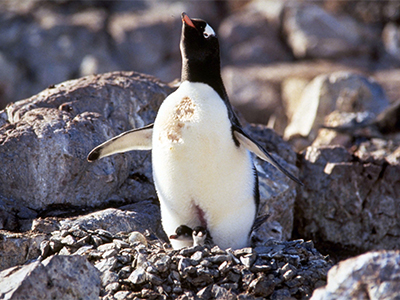 Eggs may be white to bluish or greenish. The shape varies among species. In Humboldt and Adélie penguins the egg is more or less round. In emperor and king penguins the egg is rather pear-shaped, with one end tapering almost to a point. With this elliptical shape, if an egg falls off of the feet of a parent bird, the egg will roll in a circle instead of away from the parent.

Penguin eggs from left to right: gentoo, king, and emperor.

Incubation is the time spent warming the egg before it hatches. With the exception of emperor penguins, partners take turns incubating eggs, allowing each mate to leave to feed for several days at a time.

A female emperor penguin transfers a single egg to the top of her mate's feet. The female goes to sea to feed while the male incubates the egg. She returns several weeks later, usually just before the egg is ready to hatch, to relieve her mate so that he may feed. The male fasts throughout the courtship, nesting, and incubation periods. He lives off reserves of body fat which may be 3 to 4 cm (1.2-1.6 in.) thick, and loses up to 45% of his body weight.

The incubation period varies with species. It may be as short as one month, as in the erect-crested penguins, or as long as 62 to 66 days for emperor penguins.

The greatest single cause for reproductive failure in some species is the mistiming between parents for nest relief during incubation. This usually occurs when the female fails to return from a foraging trip before the male deserts the nest. A male will spontaneously leave the nest and eggs when the motivation to feed overcomes that for incubating eggs. 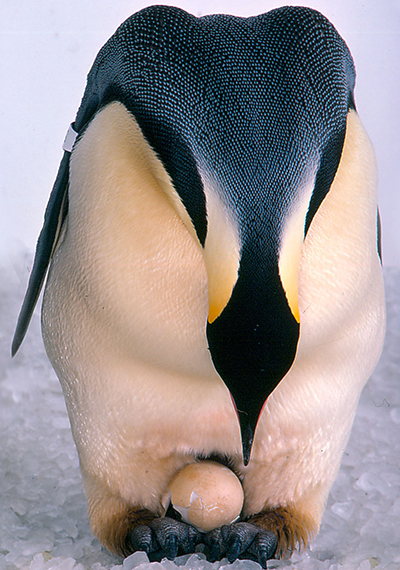