Each year, SeaWorld parks treat dozens of green, loggerhead, hawksbill, Kemp's ridley, and leatherback sea turtles — all endangered or threatened species — plus other types of land turtles and tortoises. As of November 2017, SeaWorld and Busch Gardens parks have cared for more than 2,210 rescued turtles. 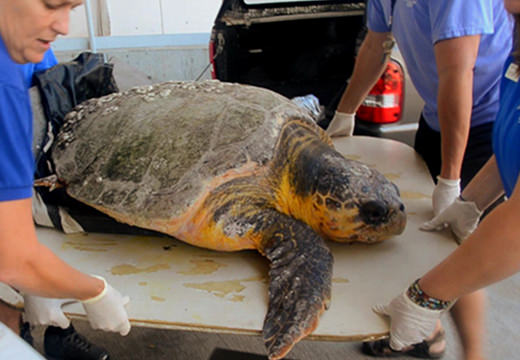 Common reasons for rescuing sea turtles include injuries from entanglement in fishing gear or motorboat collisions.

Sea turtles are often rescued after a cold weather snap. Lower than normal water temperatures cause a sea turtle's metabolism to slow, and the hypothermic turtles become sluggish and are unable to feed. Marine patrol officers often find these cold-stunned sea turtles floating at the surface of the water in a semi-dormant state.

During a cold water event in January 2010, more than 300 cold-stunned turtles recovered at SeaWorld Orlando's Sea Turtle Rehabilitation Center — the biggest rescue effort in the park's history. Park experts immediately warmed up the reptiles with heat lamps, blankets, and water while vets performed physicals to check for other injuries. When the weather warmed up, more than 250 of these turtles were returned to the sea.

Oil spills can foul sea turtle food supplies, and nesting or basking areas. SeaWorld Orlando provided a safe place to recover for nearly 130 oil impacted sea turtles in 2010. Once recovered, nearly all the sea turtles were returned to oil-free waters.

Some green sea turtles develop abnormal tumorous growths called fibropapillomas. These growths appear between the scales and the scutes, on the eyes and eyelids, in the mouth, on abdominal organs, on the back of the neck, and where flippers meet the trunk. Fibropapillomas ultimately can become life threatening by obscuring their vision and affecting their ability to feed, by becoming large enough to impair normal swimming, by interfering with respiration, or by predisposing them to secondary infections.

SeaWorld and Busch Gardens have cared for more than 20,051 ill or injured birds.

SeaWorld aviculturists treat a variety of seabirds, waterfowl, and other birds.

Other reasons for stranding include entanglement in fishing gear (including fishing hooks in mouths), getting blown off course by storms, or malnutrition.

Sandhill cranes are one of the most frequently rescued species by SeaWorld Orlando. They are often hit by cars — an ever-increasing problem in Florida — and face additional challenges such as attacks from pet dogs, impact from golf carts, and being illegally shot by arrows and bullets. 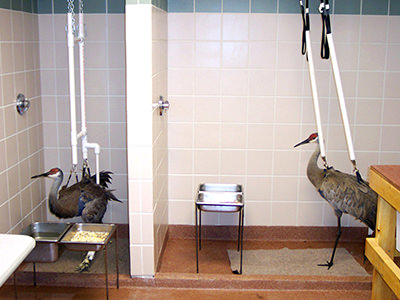 Each year 50 or more endangered brown pelicans are rehabilitated at SeaWorld San Diego.

Since 1996 SeaWorld San Diego has partnered with the U.S. Fish and Wildlife Services to assist with the medical care and rehabilitation of brown and white pelicans suffering from suspected botulism poisoning. Care and treatment consists of administered fluids, nutrients, and medication as well as giving supportive care until the toxin is flushed from the birds' systems. Rehabilitation takes weeks to months, after which time the birds are released into a suitable habitat in the wild.

In addition to the seabirds, waterfowl, and other birds rehabilitated at SeaWorld, hundreds of small birds are rescued by or brought to the park for triage before being placed with qualified rehabilitation agencies. 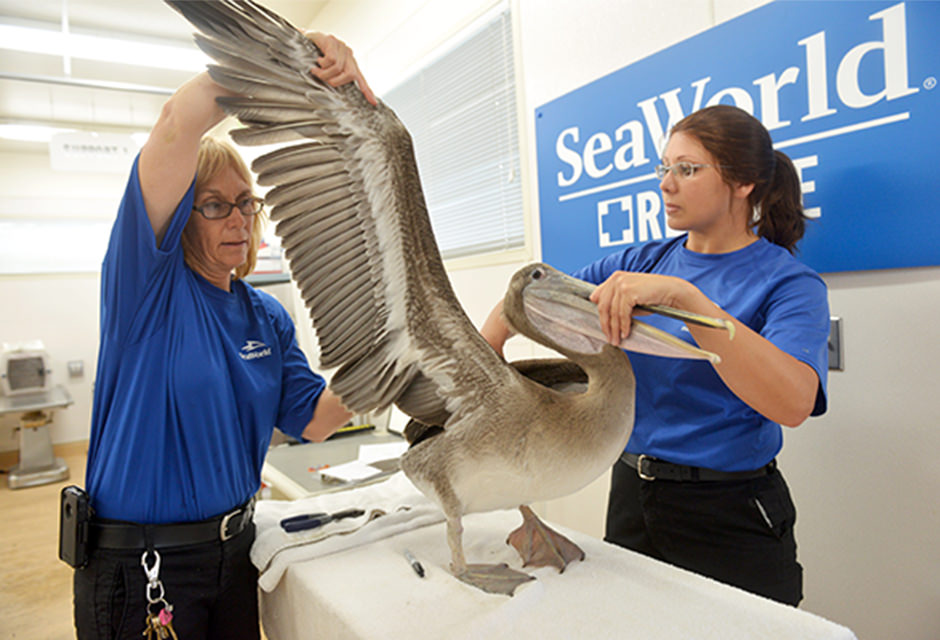 In January 1997 a newborn gray whale stranded on the beach near Los Angeles, California. She was brought to SeaWorld San Diego and christened "J.J." J.J. was nursed to health and eventually returned to the sea after 13 months of rehabilitation.

In 1988, SeaWorld San Diego animal rescue experts freed three California gray whales that had become entangled in drift nets off the San Diego coast. In May 2010, the park disentangled a young gray whale that had been in distress and unable to swim freely for several days in a marina north of San Diego.

In late November 1989, SeaWorld Orlando animal care specialists rescued a 2,270 kg (5,000 lbs.) Bryde's whale stranded on a beach near Clearwater, Florida. After six weeks of treatment and round-the-clock care, the whale was successfully returned back into the Atlantic Ocean.

Cetaceans commonly become entangled in fishing gear. SeaWorld can assist with removing the gear without having to bring the animal onsite. The SeaWorld San Diego Large Whale Entanglement Response team responded to one fin whale and five entangled humpback whales in 2015. Three were successfully disentangled. 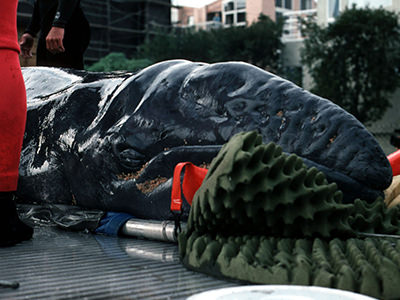 In 1994 five common dolphins that had been successfully rehabilitated at SeaWorld San Diego were fitted with satellite transmitters, which attached to their dorsal fins. The dolphins were released off the coast of San Diego. The transmitters, designed to fall off after three to four months, provided Hubbs-SeaWorld Research Institute scientists with valuable information on the dolphins' recovery and movements at sea.

Sully, a pilot whale found beached and near death on Caribbean island of Curacao in July of 2009, was transported to SeaWorld San Diego in January 2010 for long-term care. He was named after retired U.S. Airways pilot Chelsey Sullenberger, aka "Sully," because both overcame extreme odds to survive. Researchers with Hubbs-SeaWorld Research Institute conducted audio studies on Sully and preliminary indications showed he appeared to have a hearing deficit. Confirmation of the findings may explain why he stranded and may also be useful in helping other stranded whales and dolphins in the future.

SeaWorld Orlando assisted with the rescue of mass stranded pilot whales in 2011 and 2012. Four orphaned whales from those two stranding events were brought to SeaWorld for treatment (Fredi from the 2011 rescue, and Ava, Ace, and Piper from the 2012 rescue). Because of their very young ages at time of rescue, the National Marine Fisheries Service determined that the whales were non-releasable. SeaWorld made the commitment to provide for their long-term care. 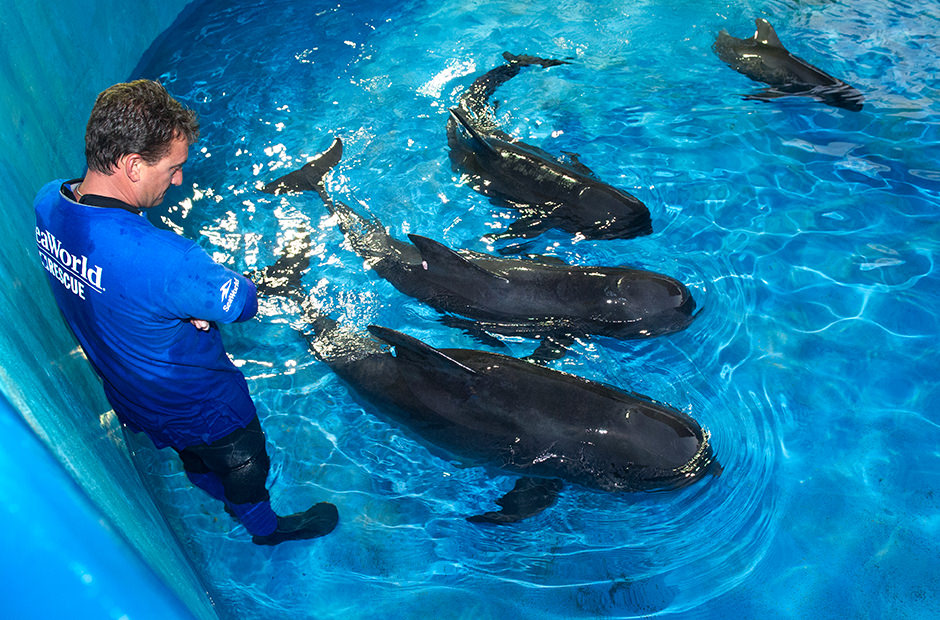 SeaWorld Orlando and Busch Gardens Tampa have rescued orphaned North American river otter pups. These otter pups are bottle-fed before being weaned to a diet of fish, and then eventually returned. 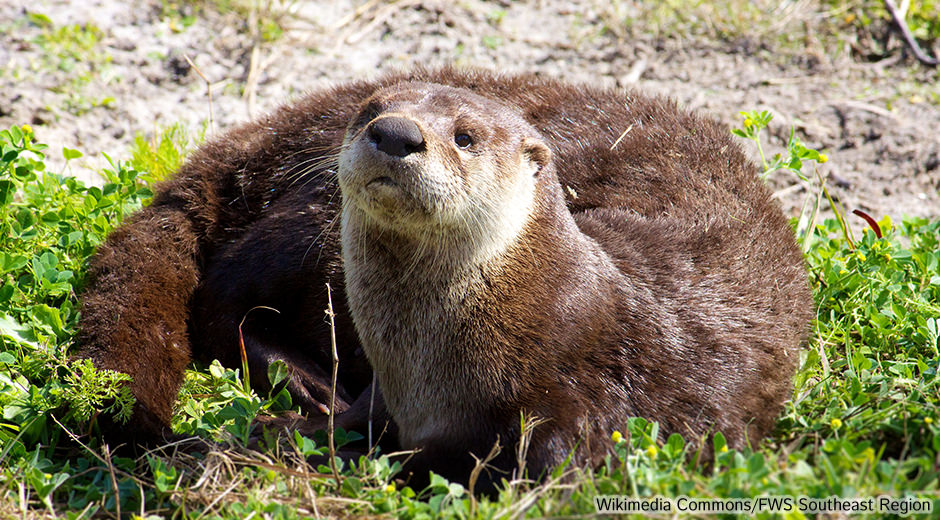 More than 42 sea otters have been cared for as part of SeaWorld's rescue program.

SeaWorld San Diego cares for orphaned southern sea otter pups as part of Monterey Bay Aquarium's Sea Otter Research & Conservation program (SORAC). At the aquarium, surrogate otters teach rescued pups the basic survival skills that a mother otter would teach them in the wild. This unique program helps to eliminate human interaction from the rehabilitation process to increase the chances of a successful return to the wild.

In addition to providing world-class care for rescued pups, SeaWorld's role is to further develop surrogates if an otter exhibits the desirable traits and skills. Abby, one of the youngest otters ever rescued and cared for at SeaWorld, is one of the surrogates that returned to Monterey Bay Aquarium to continue in the SORAC program.

Sea otters that are not good candidates for the SORAC program can remain at SeaWorld for long-term care as ambassadors for their species.

SeaWorld San Diego animal care specialists participated in the rehabilitation of Alaska sea otters that were soiled by highly toxic crude oil as a result of the 1989 Exxon Valdez oil spill.

Scientists from the Hubbs-SeaWorld Research Institute, in cooperation with other facilities and volunteers, coordinated efforts to rescue and treat the oiled sea otters.

As a result of crude oil ingestion, many otters experienced anemia, shock, seizures and hypoglycemia (low blood sugar), as well as damage to several internal organs. The 60 toxic hydrocarbons in the crude oil were particularly damaging to the liver. Scientists administered a treatment of activated charcoal, given orally, to bind to the hydrocarbons in the intestine and allow them to pass.

The affected Alaska sea otters required a long rehabilitation period to regain natural oils that protect their fur. About 360 otters were rescued and treated; 195 were successfully rehabilitated and returned.

At the request of the USFWS, some rescued sea otters were monitored long-term in zoological parks such as SeaWorld San Diego. 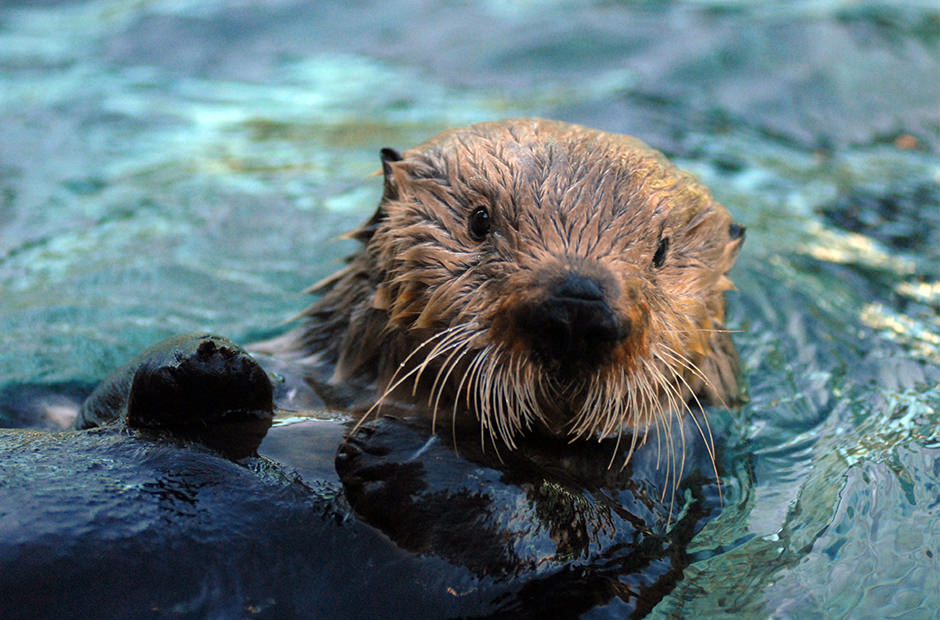 First-year pups account for most seal and sea lion strandings: about 80% of rescued pinnipeds are less than a year old. When a seal or sea lion mother weans her pup, she leaves the pups to fend for itself. Pups unsuccessful at foraging on their own cannot survive this weaning process, and mortality for wild seals and sea lions may be as high as 20% to 50% in the first year.

The increased storm activity and reduced prey associated with an El Niño make foraging even harder for seals and sea lions, and more of these animals strand in an El Niño year.

El Niño conditions were especially intense during 2015 to 2016. In 2015, SeaWorld San Diego saw a dramatic rise in their pinniped rescue program. By the end of 2015, the park had responded to a record-setting 1,055 pinniped rescues. 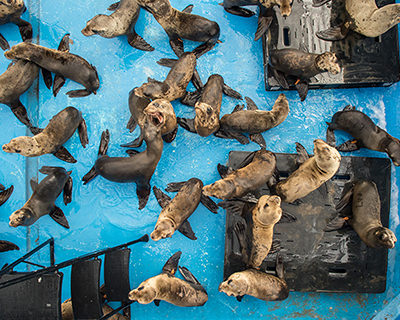 SeaWorld Orlando has the most successful Florida manatee rescue program in the world.

SeaWorld Orlando is one of the few facilities authorized to rescue and rehabilitate ill, injured, or orphaned manatees. The park's first manatee rescue occurred in 1976 and since November of 2017 the park has responded to 607 manatee rescues.

SeaWorld Texas has rescued an additional three manatees as well.

Many of the stranded manatees are orphaned or ill animals. Others have injuries resulting from crab trap lines, shrimp nets, fishing lines, flood gates, or watercraft. 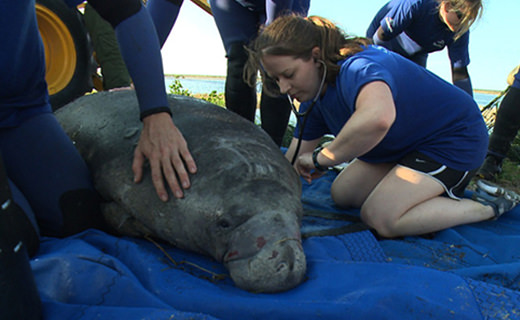 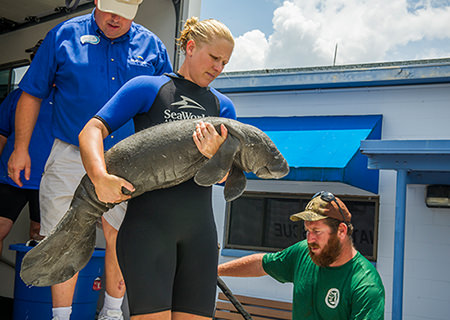