Incubation time varies with species, clutch size, and temperature and humidity in the nest.

The incubation time for most species is 45 to 70 days. 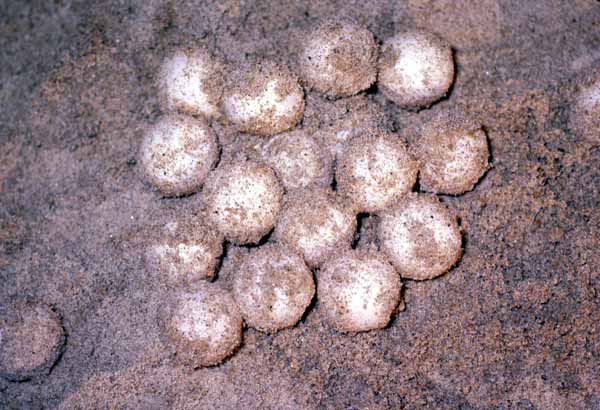 Sea turtles hatch throughout the year but mostly in summer.

Hatchlings use a carbuncle (temporary egg tooth) to help break open the shell.

After hatching, the young turtles may take 3 to 7 days to dig their way to the surface.

Hatchlings usually wait until night to emerge from the nest. Emerging at night reduces exposure to daytime predators. Studies have shown that some nests will produce hatchlings on more than one night.

For most sea turtle species, undisturbed nests can have more than 90% of the clutch successfully hatch. Nests disturbed by humans or animal predators tend to have a 25% or even much lower success rate. 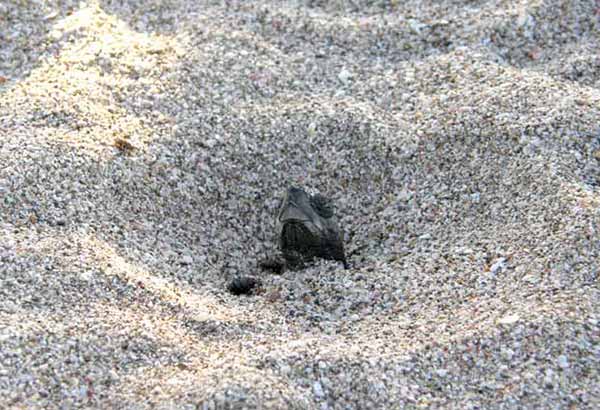 There are several theories as to how hatchlings find the sea.

When a hatchling reaches the surf, it dives into a wave and rides the undertow out to sea. 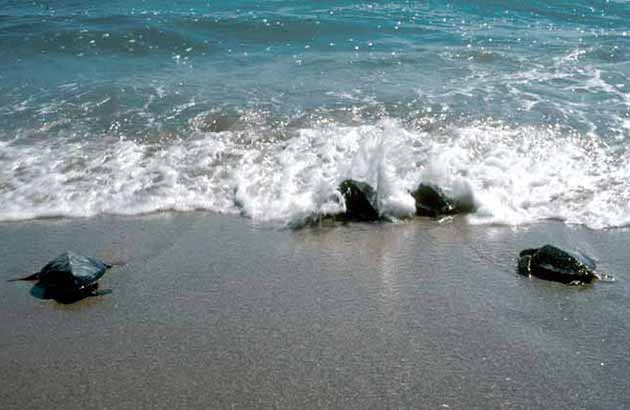 After entering the ocean, the hatchlings of many species of sea turtles are rarely seen for 1 to 3 years. These are referred to as the “lost years.”

Researchers generally agree that most hatchlings spend their first few years living an oceanic existence before appearing in coastal areas. Although the migratory patterns of the young turtles during the first year has long been a puzzle, most researchers believe that they ride prevailing surface currents, situating themselves in floating seaweed where they are can find food.

Research suggests that flatback hatchlings do not go through an oceanic phase. Evidence shows that the young turtles remain inshore following the initial swim frenzy. Most remain within 15 km (9.3 miles) of land. 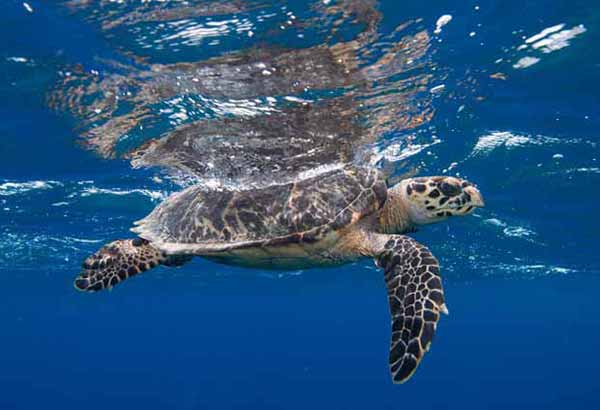