Various species of sea turtles are found in warm and temperate seas throughout the world. (See the table below for more information.)

Adults of most species are found in shallow, coastal waters, bays, lagoons, and estuaries. Some also venture into the open sea.

Juveniles of some species may be found in bays and estuaries, as well as at sea. (See table below for descriptions of each species' habitat.) 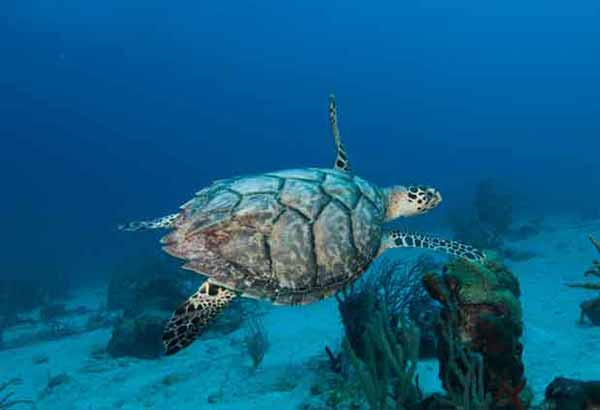 Migration habits differ not only among species but also among different populations of the same species. Some sea turtle populations nest and feed in the same general areas; others migrate great distances.

Historically, scientists tracked a free-ranging sea turtle by tagging a flipper and documenting where the turtle was sighted. Although this method yields information on migration destinations, it does not reveal travel routes.

Hubbs-SeaWorld Research Institute has developed a radio/satellite transmitter harness for leatherback turtles. Its design allows secure attachment of a transmitter without affecting turtle mobility. The harness was designed to release within several months.

Total population figures are often unknown because juvenile and male sea turtles do not come ashore and are difficult to count. 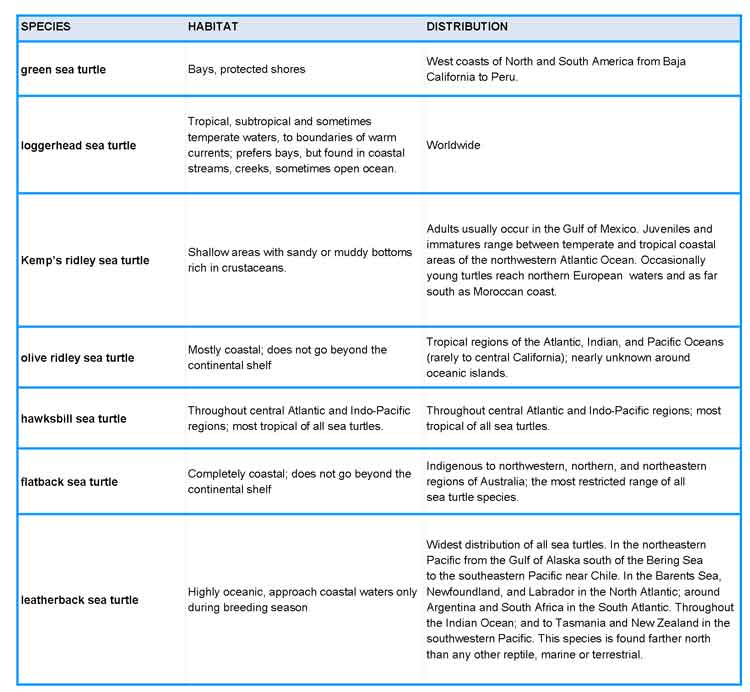