The skeleton of elasmobranchs is made of cartilage. Vestigial ribs give no support. 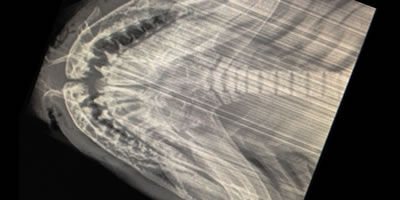 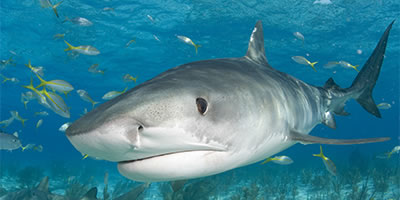 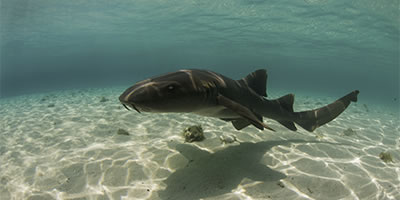 White muscle is anaerobic: it does not need oxygen. White muscle functions for sudden bursts of speed.

The esophagus is short and wide, barely discernible from the stomach. A U-shaped stomach leads to a spiral valve in many species.

A spiral valve is the lower portion of the digestive tract. It is internally twisted or coiled to increase the surface area, which increases nutrient absorption.

After the spiral valve, the digestive tract leads to the rectum and to the cloaca. The cloaca is a common opening for the urinary, digestive, and reproductive systems.

If a shark eats something terribly upsetting, some species can force their stomach out through their mouth and into the water to empty it out.

Some sharks have highly specialized stomachs. If threatened, the balloon shark (Cephaloscyllium sufflans) can rapidly inflate its stomach with air or water just like pufferfish and porcupinefish.

A shark's heart is a two-chambered S-shaped tube, small in proportion to body size. Blood flows from the heart to the gills and then to body tissues.

Fast-swimming sharks, such as great whites and makos, have a body temperature that can be quite a bit higher than the surrounding water (up to 8°C or 14.4°F higher). The heat is due to the modified circulatory system associated with the red muscle.

Sharks have a low blood pressure. The walls of the pericardium (the membranous sacs that enclose the heart) are rigid, creating a suction within the pericardium to maintain the flow of blood. To circulate blood throughout their bodies, many sharks must swim continuously. 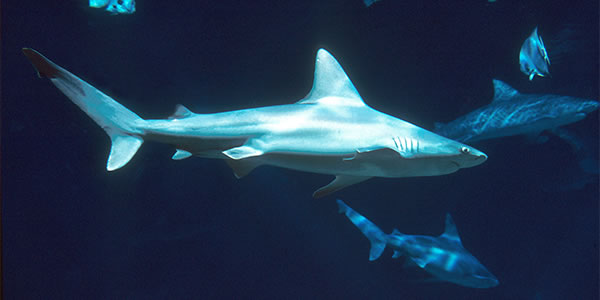 To circulate blood throughout their bodies, some shark species like this sandbar shark, must swim continuously.

Water enters the gill chambers through the mouth or spiracles and exits through the gill slits. In the past, it was assumed that all sharks must swim to move water into their mouth and over their gills to respire. We now know that sharks can respire by pumping water over their gills by opening and closing their mouths. However, many sharks do have to swim continuously: due to their low blood pressure, muscular contractions are needed to circulate their blood.

Blood in the gill filaments absorbs oxygen from the incoming water.

Gill rakers, cartilaginous projections on the gill support structure, protect the delicate gill filaments from particles in the water that might damage them.

In species where they are present, spiracles provide oxygenated blood directly to the eye and brain through a separate blood vessel which is reduced or absent in active, fast-swimming sharks. 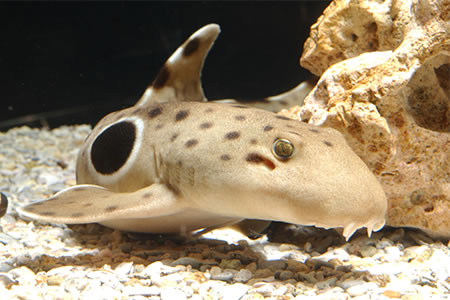 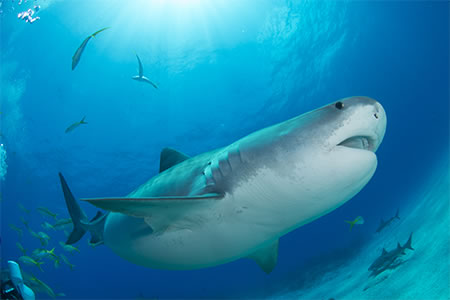 A shark's liver is made of two large lobes that concentrate and store oils and fatty acids. The liver functions in energy storage and buoyancy.

A shark's liver is relatively large, making up 5% to 25% of its total body weight and takes up to 90% of the space inside its body cavity. 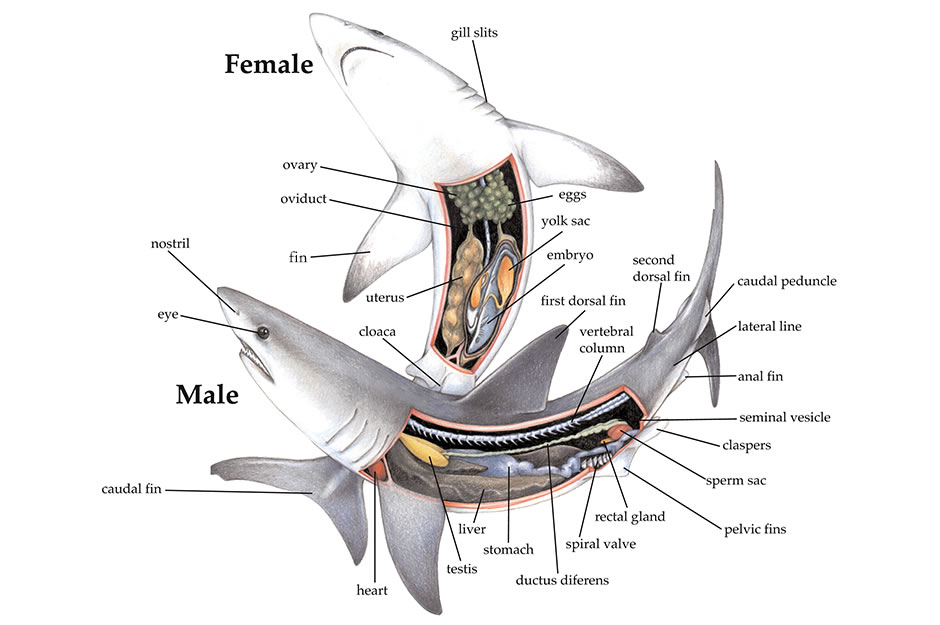