Chondrichthyes are fish with the following characteristics: a skeleton made of cartilage, jaws, paired fins, and paired nostrils. Granules of calcium carbonate on the outside of the cartilage add strength. The mosaic granule pattern is unique to chondrichthyan fishes. These fishes also lack a swim bladder found in most bony fishes.

Chondrichthyes are further divided into two subclasses: Holocephali and Elasmobrachii. 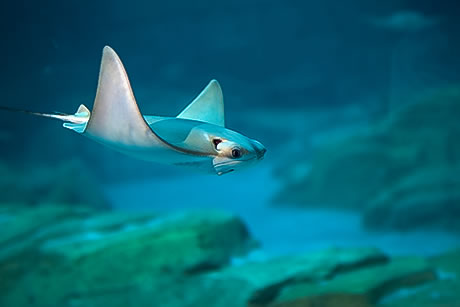 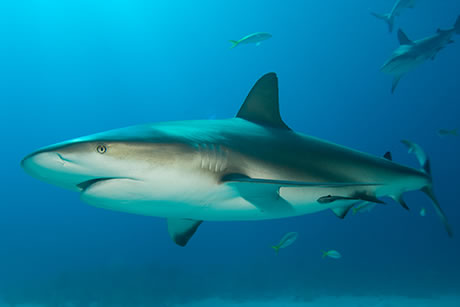 For a list of families in their respective orders, see the Appendix.

Since cartilage rapidly disintegrates, sharks are seldom preserved as fossils. The fossil record of sharks consists mainly of teeth and spines from their fins.

The earliest evidence of the ancestors of modern sharks are isolated spines, teeth, and scales that appeared 350 to 400 million years ago in the Devonian Period, known as the "Age of Fishes". 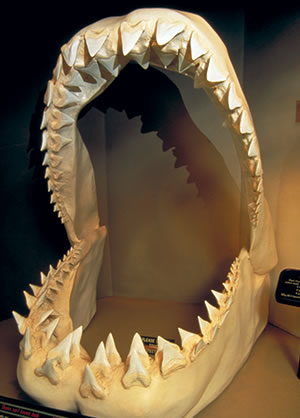 The teeth from enormous fossil jaws of Carcharodon megalodon tell us that this extinct shark lived 10 to 70 million years ago.

Most modern-day shark families had already evolved 100 million years ago, when dinosaurs lived on the earth.

The Chondrichthyes did not give rise to the bony fishes, but they arose from a common ancestor.

The most recently evolved families of sharks include the requiem sharks such as this blacktip reef shark. (Shown below) 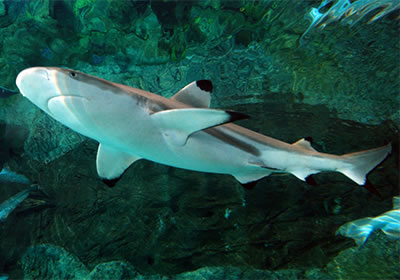