As a group, sharks and batoids eat almost anything: fishes, crustaceans, molluscs, marine mammals, and other sharks.

While some sharks are probably not very selective feeders, certain sharks eat some foods more than others. For example, hammerhead sharks (Sphyrna spp.) are known for eating stingrays; bull sharks eat other sharks; and smooth dogfish (Mustelus spp.) eat crabs and lobsters.

Just about any animal in the ocean can be a meal to a shark. Great whites prey on California sea lions, wobbegongs eat shrimp, and tiger sharks feed on several species of sea turtles.

Tiger sharks have been called "garbage cans of the sea" because they feed opportunistically on both live food and carrion. Prey includes bony fishes, other sharks, marine mammals, seabirds, and invertebrates. Tiger sharks are ecologically important predators of sea turtles and snakes.

Many sharks prey most often on the weak, inferior members of the population. They select the weak, ill, injured, or dying prey because it is easier to catch.

The characteristic teeth of each species are adapted to the particular species' diet. The teeth may be serrated or smooth. Most are used for seizing prey, cutting, or crushing. For sharks, plate-like triangular teeth are the most common shape. 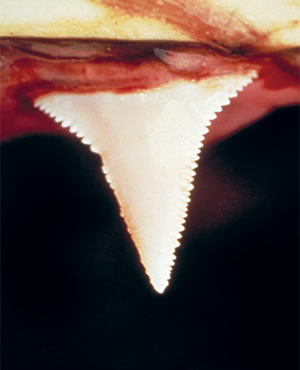 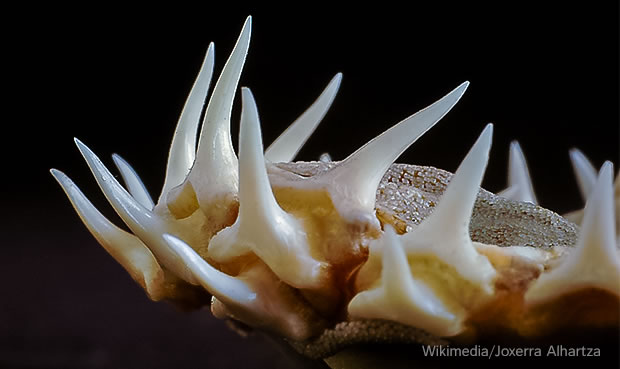 Because of the biting force exerted by sharks (some up to 8,000 pounds per square inch) and the lack of a hard jaw bone to anchor the teeth in place, teeth often break off while sharks are feeding. They are replaced by teeth in reserve rows. The lemon shark (Negaprion brevirostris) can replace a tooth in about eight days.

Most predatory species of sharks seize, grasp, and tear food. A shark may circle its prospective prey and may even bump it with its snout or pectoral fins. 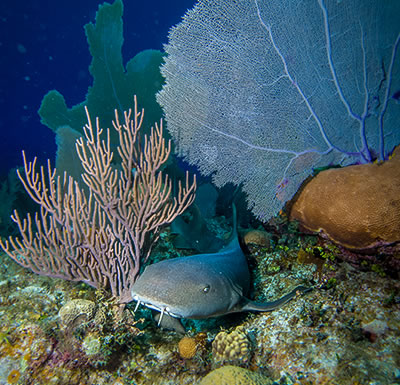 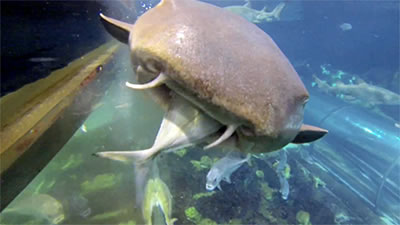 Many species of sharks and most rays are adapted for bottom feeding. Bottom feeders use the upper jaw to help pick up prey items. One example of a bottom feeder, the horn shark has two types of teeth. Front teeth are pointed for grasping and back teeth are flat and molar-like for crushing. Stingrays (Family Dasyatidae) and eagle rays (Family Myliobatidae) have teeth that are fused into plates.

Most sharks swallow their food whole, without chewing. Some sharks, however, like Port Jackson sharks (Heterodontus portusjacksoni) probably grind up food with their back flat teeth.

Another mechanism some sharks and batoids use collecting food is filter feeding. 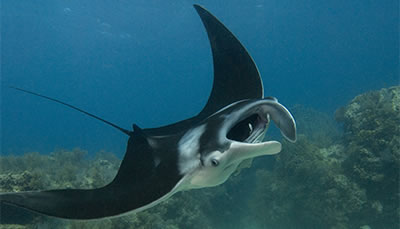 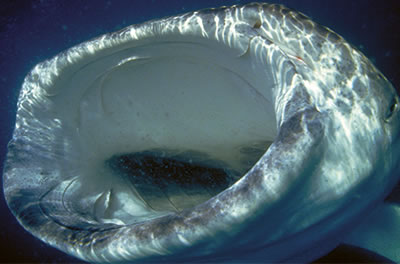 Some elasmobranchs are quite specialized for feeding. 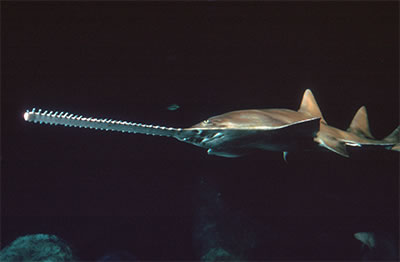 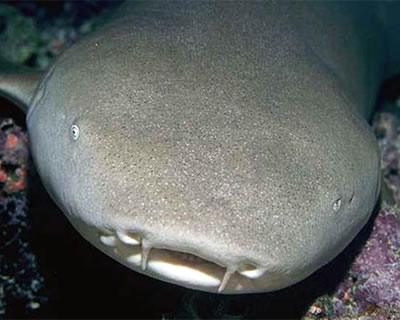