Animals can only be trained to do what they are physically capable of doing. So in order to understand how animal training works, a basic knowledge of animal behavior is very useful. 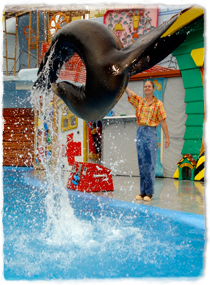 Animals can only be trained to do what they are physically capable of doing.

Behavior is anything an animal does involving action and/or a response to a stimulus. Blinking, eating, walking, flying, vocalizing and huddling are all examples of behaviors. 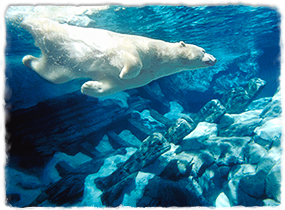 Behavior is broadly defined as the way an animal acts. Swimming is an example of behavior.

Animal behaviors usually are adaptations for survival. Some behaviors, such as eating, or escaping predators are obvious survival strategies. But other behaviors, which also are important for survival, may not be as easily understood. For example why does a flamingo stand on one leg? By tucking the other leg close to its body, the bird conserves heat that would otherwise escape. 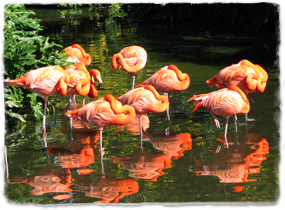 By tucking a leg close to its body and standing on the other one, a flamingo conserves heat that would otherwise escape from the exposed leg.

Ethology is the scientific study of an animal’s behavior in the wild. It is easier to observe and record behavior than to interpret it. When studying animal behavior, observers must take care not to be anthropomorphic – that is, to mistakenly connect human-like characteristics to animals. Although humans and animals share some traits, we have no way of knowing for sure why an animal is doing something. 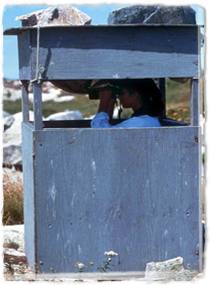 Ethology is the scientific study of an animal's behavior in the wild.

A stimulus is a change in the environment that produces a behavioral response. It may be an object or an event perceived through an animal's senses. Stimuli may include the sight of food, the sound of a potential predator, or the smell of a mate. They may also include such daily events as nightfall and seasonal events such as decreasing temperatures. Animals respond to stimuli. Each of these stimuli elicits specific behaviors from animals. 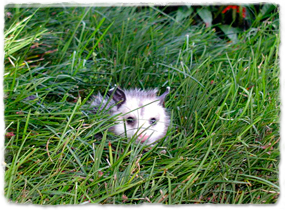 This opossum responds to a noise stimulus by hiding in the grass.

Reflexes are unlearned, involuntary, simple responses to specific stimuli. Reflexes are controlled by the part of the brain called the cerebellum, or primitive brain - animals do not have conscious control over them. Examples of reflexes include shivering in response to the cold, or blinking when an object flies toward the eye.

How intelligent are animals? Animals are as intelligent as they need to be to survive in their environment. They often are thought of as intelligent if they can be trained to do certain behaviors. But animals do amazing things in their own habitats. For example, certain octopuses demonstrate complex problem--solving skills. Compared to other invertebrates, octopuses may be quite intelligent. Chimpanzees (Pan troglodytes) are considered to be the most intelligent of the apes because of their ability to identify and construct tools for foraging.

Accurately rating the intelligence of animals is challenging because it is not standardized. As a result it is difficult to compare intelligences between species. Trying to measure animal intelligence using human guidelines would be inappropriate. 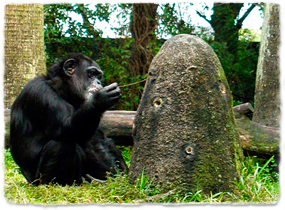 Chimpanzees are one of the few species that learn to use tools. They learn that when they insert a stick into an ant or termite mound, a favorable result occurs: they can more easily reach the tiny morsels.

While some animal behaviors are inborn, many are learned from experience. Scientists define learning as a relatively permanent change in behavior as the result of experience. For the most part, learning occurs gradually and in steps.

An animal’s genetic makeup and body structure determine what kinds of behavior are possible for it to learn. An animal can learn to do only what it is physically capable of doing. A dolphin cannot learn to ride a bicycle, because it has no legs to work the pedals, and no fingers to grasp the handle bars. 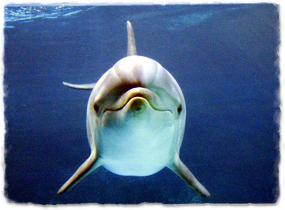 Animals often learn through observation, that is, by watching other animals. Observational learning can occur with no outside reinforcement. The animal simply learns by observing and mimicking. Animals are able to learn individual behaviors as well as entire behavioral repertoires through observation. 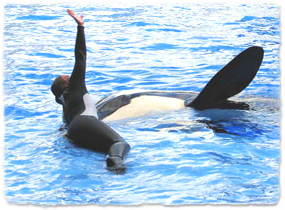 Observational learning can occur with no outside reinforcement. The animal simply learns through observing and mimicking.

At SeaWorld, killer whale calves continually follow their mothers and try to imitate everything they do. This includes show behaviors. By a calf's first birthday, it may have learned more than a dozen show behaviors just by mimicking its mother. 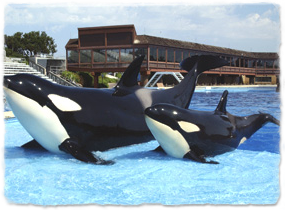 Killer whale calves continually follow their mothers and try to imitate everything they do including show behaviors.

At Busch Gardens, a young chimpanzee learns foraging and social behavior from watching its mother and other members of the group. Baby black rhinos (Diceros bicornis) are especially close to their mothers. A calf relies on its mother's protection until it is completely weaned. This close tie allows young rhinos to learn defense and foraging behavior.

Adult animals trained alongside experienced animals may learn a faster rate than if they were trained without them.

One of the best known examples of classical conditioning may be Pavlov's experiments on domestic dogs. Russian behaviorist Ivan Pavlov noticed that the smell of meat made his dogs drool. He began to ring a bell just before introducing the meat. After repeating this several times, Pavlov rang the bell without introducing the meat. The dogs drooled when they heard the bell. Over time, they came to associate the sound of the bell with the smell of food. The bell became the stimulus that caused the drooling response. 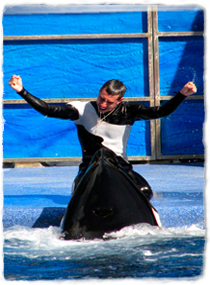 When an animal performs a particular behavior that produces a favorable result, the animal is likely to repeat the behavior.

Animals learn by the principles of operant conditioning every day. For example, woodpeckers find insects to eat by pecking holes in trees with their beaks. One day, a woodpecker finds a particular tree that offers an especially abundant supply of the bird's favorite bugs. The woodpecker is likely to return to that tree again and again.

Humans learn by the same principles. We learn that when we push the power button on the remote control, the television comes on. When we put coins into a vending machine, a snack comes out.

Animal trainers apply the principles of operant conditioning. When an animal performs a behavior that the trainer wants, the trainer administers a favorable consequence.

A favorable consequence is a positive stimulus - something desirable to the animal. When an animal performs a behavior that produces a positive result, the animal is likely to repeat that behavior in the near future.

Discrimination is the tendency for learned behavior to occur in one situation, but not in others. Animals learn which behavior to use for each different stimulus.

Most behaviors cannot be learned all at once, but develop in steps. This step-by-step learning process is called shaping.

Many human behaviors are learned through shaping. For example, most begin by riding a tricycle. The child graduates to a two-wheeler bicycle with training wheels, and eventually masters a much larger bicycle, perhaps one with multiple speeds. Each step towards the final goal of riding a bicycle is reinforcing.

Animals learn complex behaviors through shaping. Each step in the learning process is called an approximation. An animal may be reinforced for each successive approximation toward the final goal of the desired trained behavior. 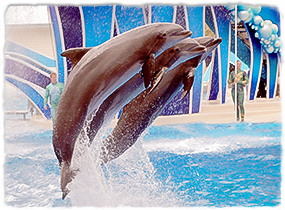 If a behavior is not reinforced, it decreases. Eventually it is extinguished altogether. This is called extinction. Animal trainers use the technique of extinction to eliminate undesired behaviors. (In animal training, when a trainer requests a particular behavior and the animal gives no response, this is also considered an undesired behavior.) To eliminate the behavior, they simply do not reinforce it. Over time, the animal learns that a particular behavior is not producing a desired effect. The animal discontinues the behavior.

When using the extinction technique, it is important to identify what stimuli are reinforcing for an animal. The trainer must be careful not to present a positive reinforcer after an undesirable behavior. The best way to avoid reinforcing an undesired behavior is to try to give no stimulus at all.